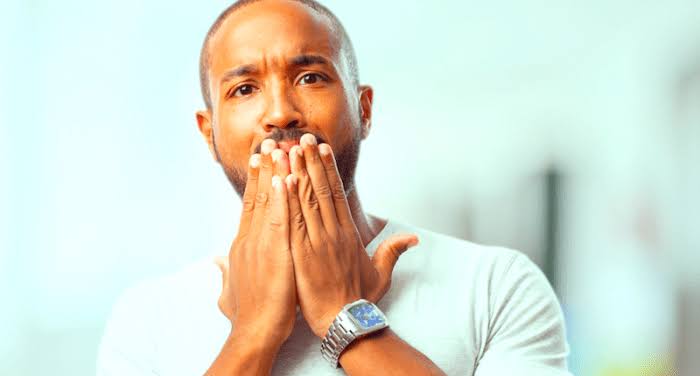 A woman known as Lilian Oluchi has taken to social media to give all praises to God as a stick-like substance that was near her husband’s spinal cord has been removed.

The woman revealed on Facebook that the unfortunate predicament began 4 years ago when what looked liked her a pimple appeared near her husband’s spinal cord.

Two years after the first appearance it turned to a boil. When they went to the hospital, the doctors instructed them not to touch it because of its closeness to the spinal cord.

However, her husband was gravely suffering from itching and biting. She said it was unbearable.

Recently, there became a change of event as a stick-like substance appeared at the tip of the boil. A doctor finally removed the substance on her husband’s body and they were all in shock.

Oluchi said it was both a miracle and a mystery and she was grateful to God. 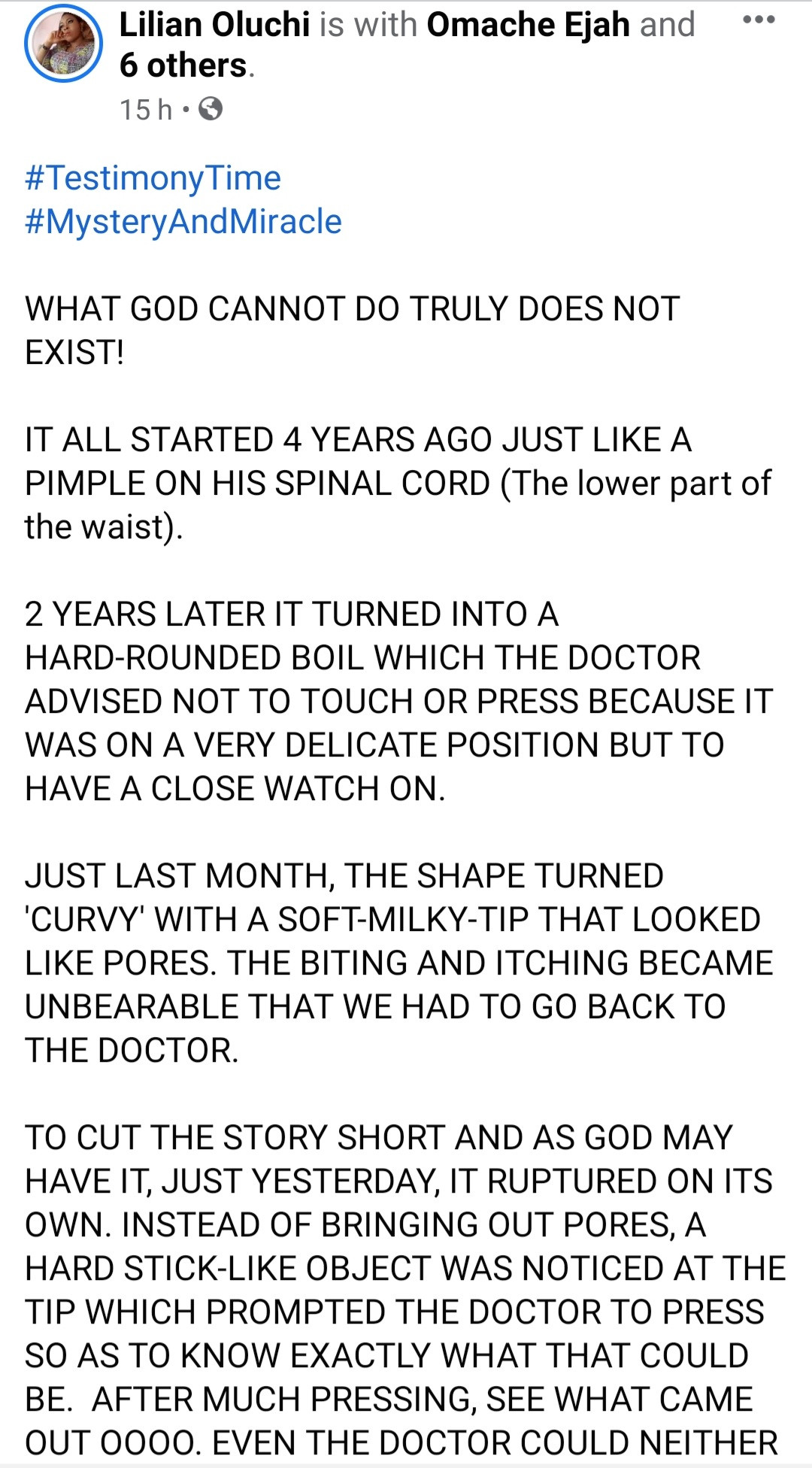