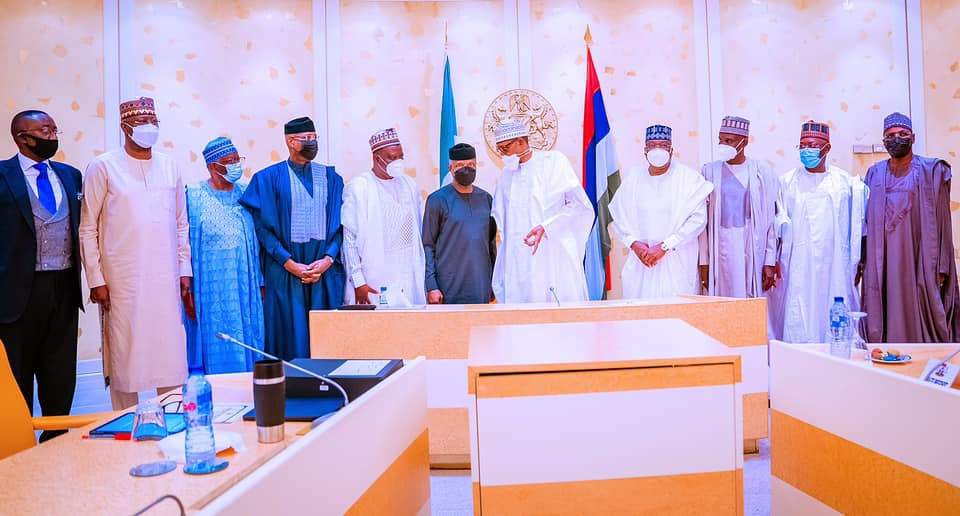 President Muhammadu Buhari has blamed past administrations for an estimated loss of $50 billion worth of oil and gas industry investments due to their failure to sign the Petroleum Industry Bill (PIB).

The President made the allegation on Wednesday at the Aso Rock Villa during the ceremony to mark the passage and signing of the PIB into law.

Naija News recalls the Petroleum Industry Bill was assented by President Buhari on August 16, 2021, after it was passed by the National Assembly but the ceremony to make the passing of the bill into an act was done on Wednesday, 18th August shortly before the weekly Federal Executive Council (FEC) meeting commenced.

According to Buhari, the failures of past governments in the past 10years including those of Dr. Goodluck Jonathan and Chief Olusegun Obasanjo have resulted in the loss of about $50 billion investment that should have accrued to Nigeria’s oil and gas sector.

He however said his own administration has done the right thing with the signing of the bill into law and saved the sector from obsolete laws.

The President at the occasion according to a statement by his Special Adviser on Media and Publicity, Femi Adesina, said the lack of political will by previous administrations caused stagnation and affected the growth of the oil sector and the economy in general.

“We are all aware that past Administrations have identified the need to further align the industry for global competitiveness, but there was a lack of political will to actualize this needed transformation.

“This lack of progress has stagnated the growth of the industry and the prosperity of our economy. In the past ten years, Nigeria has lost an estimated US$50billion worth of investments due to uncertainty created by the non-passage of the PIB.

“This administration believes that the timely passage of the Petroleum Industry Bill will help our country attract investments across the oil and gas value chain.

“In view of the value our Nation and investors will derive from a stable fiscal framework for the oil and gas industry, our Administration has found it necessary to work with the two Chambers of the National Assembly to ensure the passage of the PIB, ’’ he said.

Buhari noted that the development will free the nation’s oil industry from been governed by obsolete laws and also guarantee better investments in the sector expected to result in an improved revenue base for the country and create jobs for the citizens.

A “nation that depends on oil resources for the development of other sectors, Nigeria runs a Petroleum Industry that is governed largely by laws enacted over 50 years ago such as the principal legislation; the Petroleum Act of 1969 and other obsolete legislations,’’ the President noted.