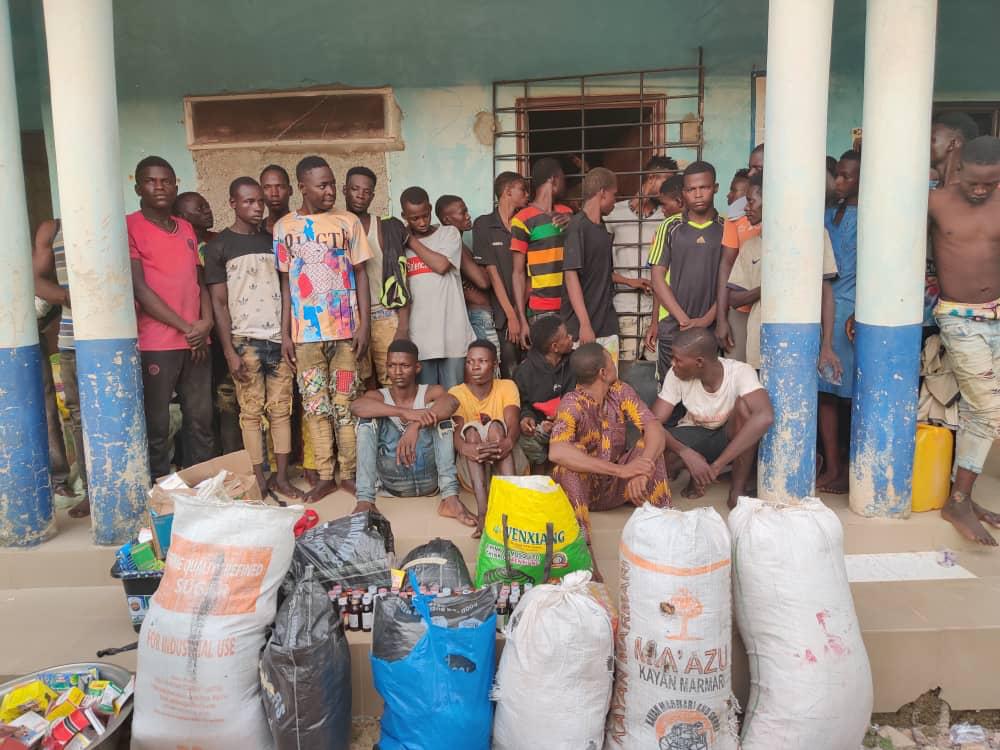 A haul of cocaine and cannabis sold in drug joints in Abuja has been recovered by the National Drug Law Enforcement Agency, while 41 persons were arrested in connection with the psychoactive drugs.

The two drugs remain among the most commonly abused substances by youths across the country, the NDLEA had revealed.

The agency’s spokesperson, Mr. Femi Babafemi, said on Tuesday that 65.250kg of cocaine, cannabis, and other assorted drugs were recovered from secret drug joints located within the border communities between Abuja and Nasarawa State by operatives of NDLEA backed by a detachment of soldiers from 177 battalions of the Nigerian Army, Keffi.

He said, “During the raids, at least 41 suspects were arrested and assorted drugs such as cocaine, cannabis sativa, cough syrup with codeine, rohypnol and tramadol with a total weight of 65.250kg recovered from them”.

“Cannabis plants planted by the drug dealers in the adjoining bushes were destroyed while all the stalls in the drug markets were dismantled and set ablaze.”

NDLEA Chairman, Brig. Gen. Mohamed Buba Marwa (Rtd) commended the commanders, officers, and men of the agency for their commitment to the goal of ridding the country of the menace of drug abuse and trafficking.

He charged them to continue on the offensive until the last drug cartel in Nigeria is dismantled.