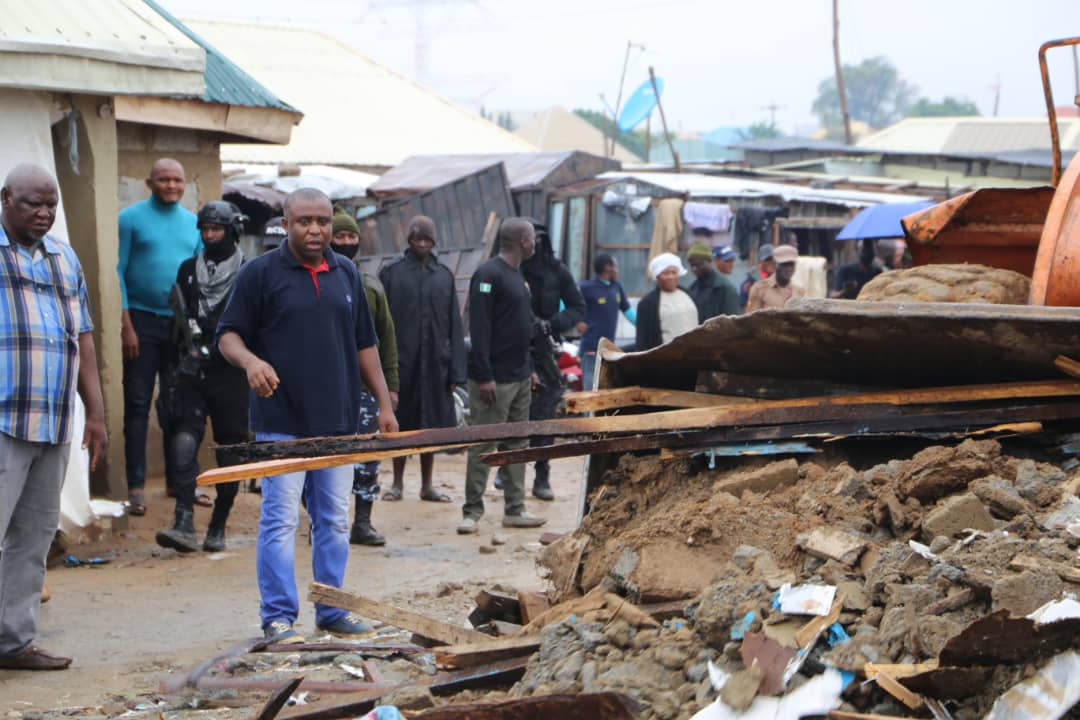 The Federal Capital Territory Administration (FCTA) has wrecked down no fewer than four hundred buildings along the Nnamdi Azikiwe International Airport Road, Abuja.

Speaking to reporters on the development on Sunday, the Chairman, FCT Ministerial Committee on City Sanitation, Ikharo Attah, said the illegal structures were taken down to address the threats to security in the nation’s capital.

The officials of the Abuja Environmental Protection Board and FCT Department of Development Control were part of the exercise. The eight-hour operation involved security agencies including Nigeria Police Force and Nigeria Security and Civil Defence Corps.

“Last week, we were here and after clearing, people have rebuilt some structures. We cleared many structures again today,” Attah revealed.

He added: “We have taken more drastic measures this time around. We appeal to some of them who are rebuilding to stop”,

FCTA Director of Security Services, Adamu Gwary, noted that the administration would not fold its hands and watch criminals overrun the city. Gwary said the FCT Minister, Muhammad Bello had directed the continuous removal of illegal structures.