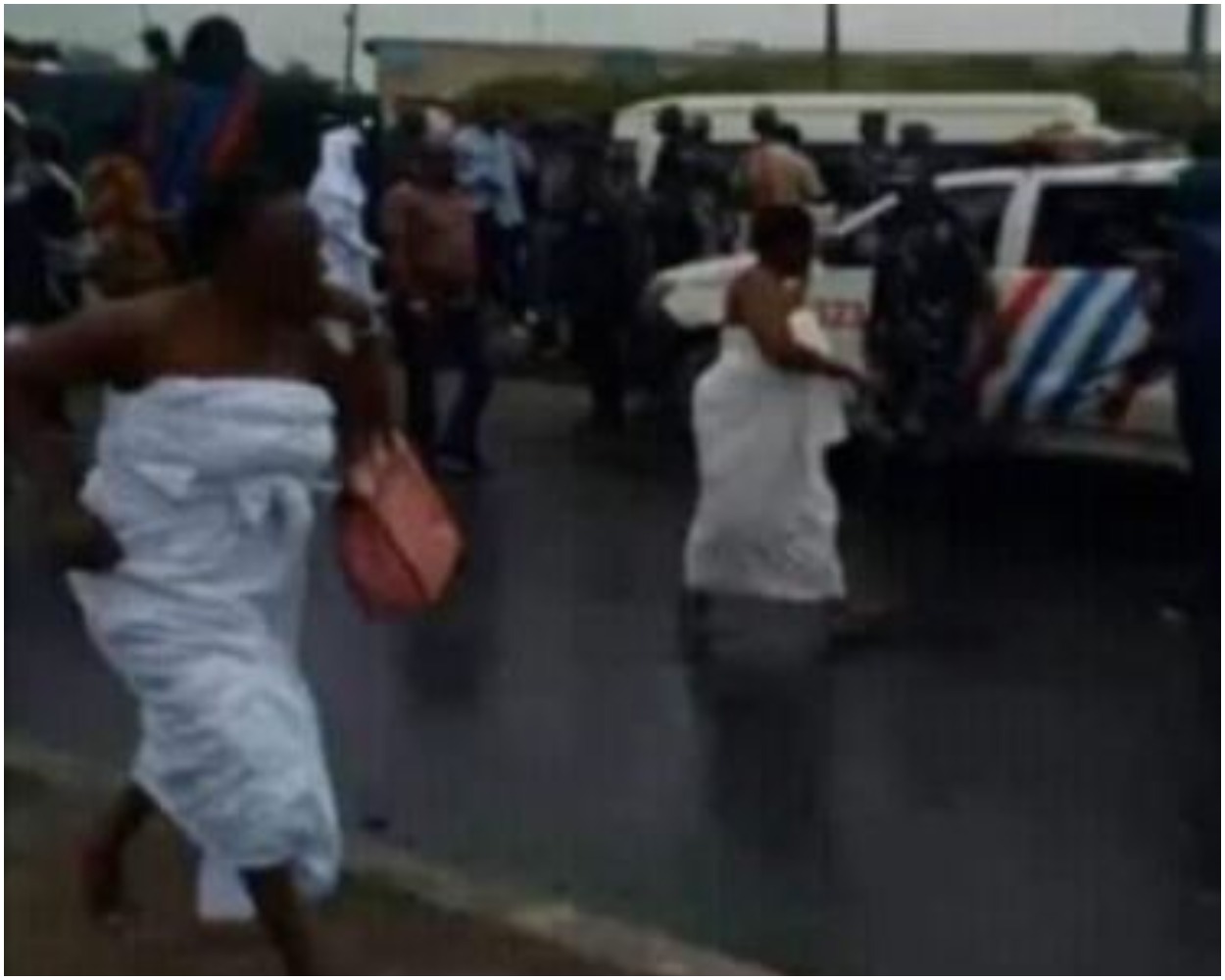 The river goddesses were amongst protesters agitating for the oduduwa nation.

However, the river goddesses took to their heels with other protesters when the police dispatched by the cp Lagos state used water cannons on the agitators. 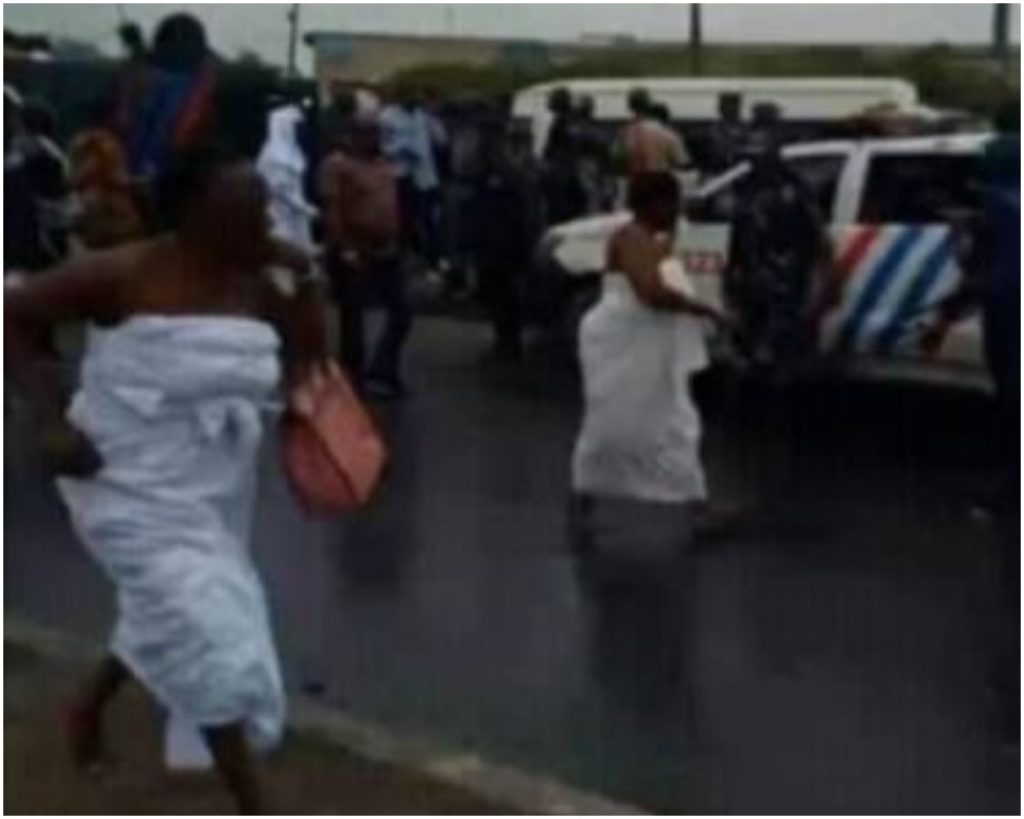 Naija News reports that men of the Lagos Police Command on Saturday fired shots at Yoruba Nation agitators who had gathered at the Gani Fawehinmi Park in Ojota, Lagos.

This was after some Yoruba nation agitators dared the security operatives by spreading banners and flyers to announce their arrival and presence.
Naija News reports that the agitators were dispersed with gunshots and hot water from an armoured tank.

Some of the agitators were seen getting dragged into an armoured tank by policemen.

Speaking with journalists at the venue, State Commissioner of Police, Hakeem Odumosu, said no rally is allowed in Lagos.

Explaining the reason the police dispersed the protesters, Odumosu said that the time was not right for the protes.

He added that the protest is coming few months after the #EndSARS protests during which the state suffered monumental losses.