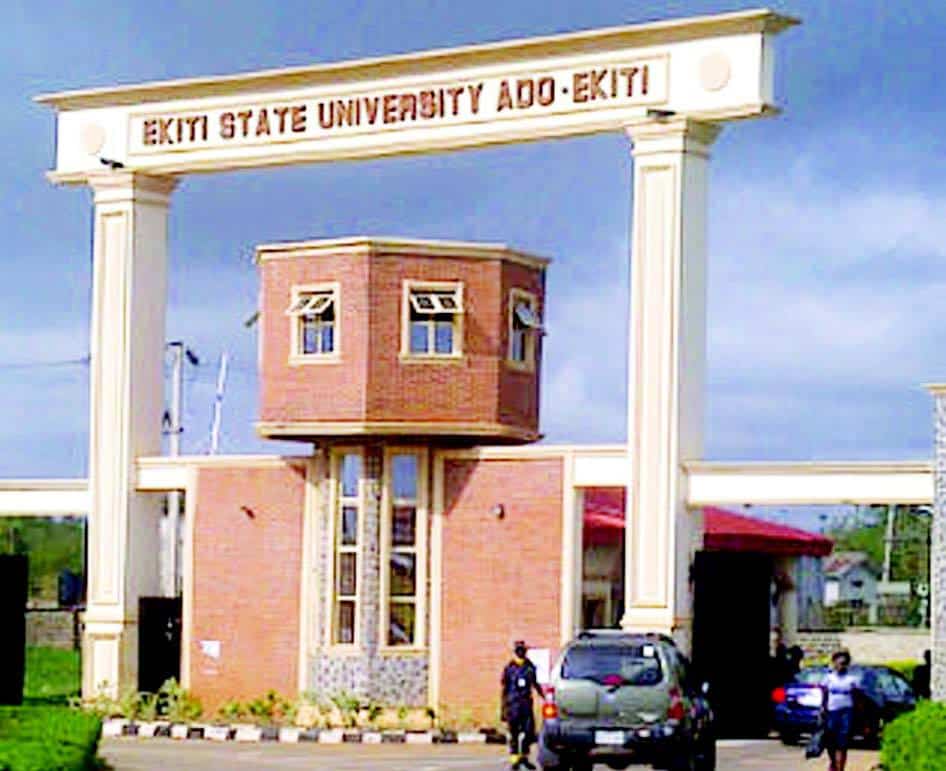 Some students of the Ekiti State University, Ado-Ekiti (EKSU) has lynched one Sunday Oluwasola during an attempted robbery with his gang around the school area.

Naija News learnt that the suspect and his robbery gang members raided one of the student hostels with locally made barrel guns and cutlasses on Sunday, June 13. The irate students, however, mobilized and confronted the robbers after they tried to cart away their belongings such as laptops, phones and other items.

While some of the armed group successfully ran off with the stolen items, Oluwasola was caught by the angry youths and was beaten to stupor. Confirming the incident in a statement on Monday, Spokesperson of the Ekiti State Police, ASP Sunday Abutu, said the police upon receiving a distress call from a passerby, rushed to the scene, rescued Oluwasola and took him to the hospital for medical treatment.

However, due to serious complications suffered from the merciless beating, the suspect died in the hospital, Naija News understands.

“The Command’s Rapid Response Squad upon the received of a distress call that an armed robbery incident was going on in one of the Students’ Hostels Opposite Ekiti State University, Iworoko-Ekiti,” Abutu stated.

The personnel added: “The Operatives of the RRS were swiftly deployed to the scene of the incident. But on getting to the scene, it was discovered that one of the armed robbers, Sunday Oluwasola, had already been captured by the irate Students and beaten to stupor while the other suspects escaped with the Students’ valuables such as Laptops, Phones and Money.

“The captured suspect was eventually rescued by the Operatives and taken to the hospital for medical treatment. He later developed complications possibly on account of the beating and died at about 0200hrs of June 14th, 2021”, he said.

Abutu revealed further that the suspect’s corpse had been deposited in the morgue for post morterm while effort is ongoing to apprehend the fleeing suspects.

In another news, Naija News reports that one Mr Kayode Adeyanju has been apprehended for allegedly defiling his biological daughter.