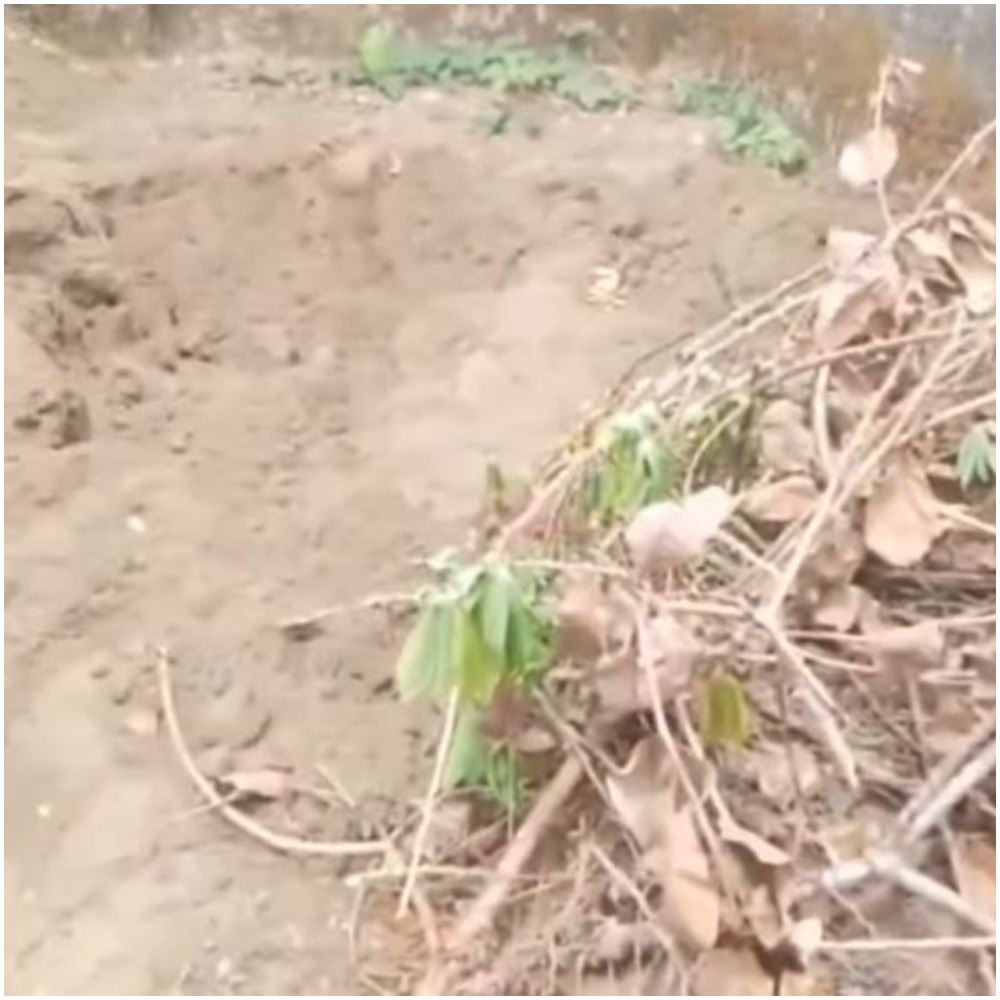 The shallow graves where Uduak Akpan dug and kept Ini obong Umoren and his other victims have been discovered. Naija News reports

Naija News recalls that on the 29th of April, Umoh Uduak, a friend to the deceased raised the alarm over her missing friend, Iniobong Umoren, which led Nigerians on social media to cry out for justice after she was reportedly missing and found dead by the Nigerian police force.

Subsequently, the police arrest one of Uduak Akpan, who revealed he killed, raped and buried Iniobong Umoren in a shallow grave at his family home.

Iniobong, who only wanted a job had earlier taken to the microblogging platform to cry out about being jobless; Uduak was said to invited her to a supposed interview in his construction company in Akwa Ibom state where he later killed and buried her.

Watch the video of the discovered shallow grave below;