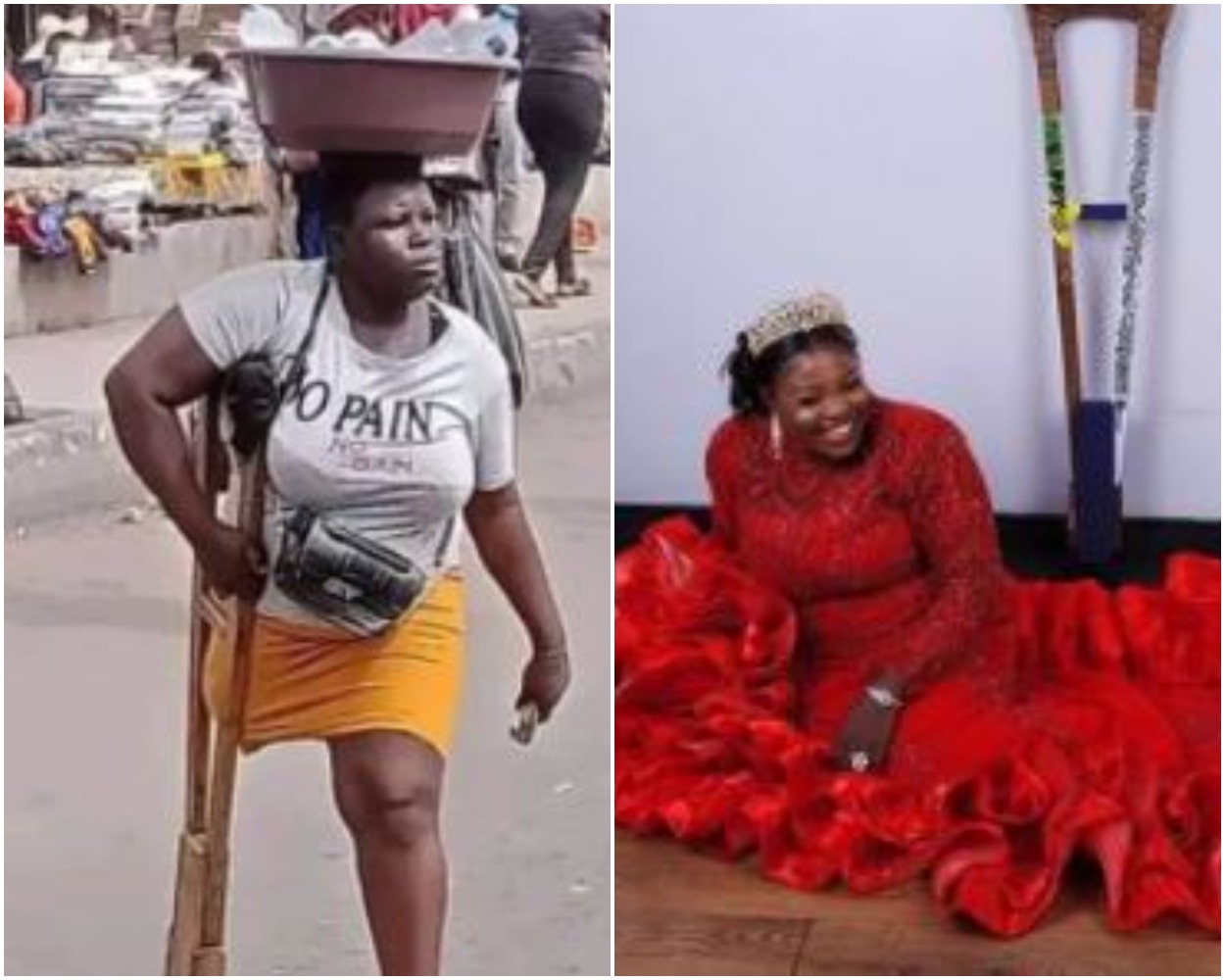 Nigerians on social media have reacted to the arrest of viral Lagos amputee hawker Mary Daniel for allegedly faking her story.

Naija News earlier reported that Mary Daniel claimed she lost a leg in an accident that killed all passengers, including her parents, when she was younger. However, reports emerging on Wednesday alleged that Daniel staged her discovery and as well faked her identity. Daniel had revealed in an interview that she was an orphan with a baby and an aged grandmother to fend for.

She narrated how life dealt her several blows, and she had to drop out of school and hit the streets to make ends meet. After receiving donations in millions, Naija News understands that the Lagos State government immediately shelter Daniel to prevent criminals from taking advantage of her sudden fortune.

It was also detected she was amputated from birth. The discovery prompted the state government to immediately handed Daniel over to officials of the social welfare for investigation.

Reacting to the news, social users have expressed disappointment revealing that this would discourage concerned and good-hearted Nigerians from randomly helping less-privileged  people again.

Here are some of the comments below;

@inside_life_ng wrote; ‘I am not happy cus this will reduce how people sympathize with strangers but it’s her money now, they should give it to her. 🤷🏽‍♀️ She’s still an amputee that needs help, forget the lies.’

@ugezujugezu wrote; ‘Is it true she was amputated? Yes… 100%. And she decided to make a legitimate living. I want to associate with only that positive side. All these other side of lies and staged is very sad. I just pray this will not deter good spirited brethren from helping people in the future.’

@bube_aji wrote; ‘Oshey FBI! But who ordered the shootings at Lekki Toll gate you can’t tell us. Give her her money let her start something meaningful with her life. At least monitor her progress. It’s still hers.’

@obidyke_ wrote; ‘This lady just further reduced the chances of rendering assistance to the less privileged in the society. Sad’

@i_amemex wrote; ‘Is she an amputee? Yes.. is she hawking? Yes. The fact that she lied about the death of her parents doesn’t change these fact and that’s why we donated. They should give her the money that was meant to ameliorate her condition.’

@oluwaseunsakaba wrote; ‘Abeg give her the money,Nigerians contributed to her leg, not her background…’

@chichitheplaywright wrote; ‘Still sad. Give that girl her money.’

@cavisaservice wrote; ‘This is extremely wrong, whether the background story adds up or nothing she still remains an amputee. Life is tough for Nigerians with the two legs let alone someone without it! Baba jide should focus on the plenty problems in Lagos !’ 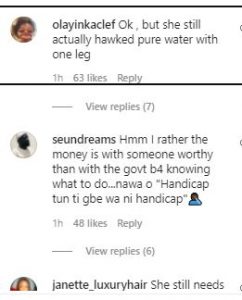 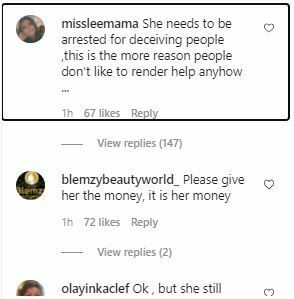