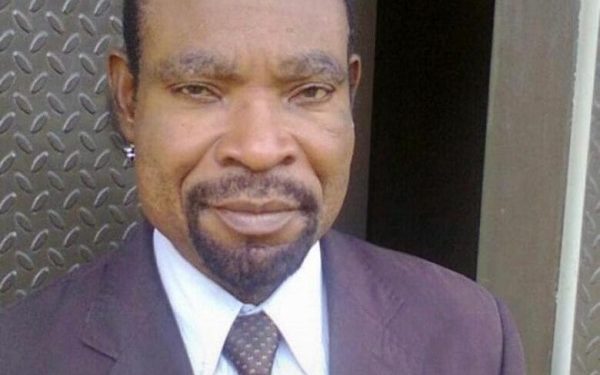 The Dean of Students’ Affairs, Federal Polytechnic Auchi in Edo State, Dr. Shola Eshiobo has been found dead in his office.

He was found dead in his office on Sunday after an alarm raised by his wife that he didn’t return home after visiting the office on Saturday.

The wife had in her alarm narrated that Eshiobo left for his office on Saturday afternon to attend to some official matters but didn’t return home as expected.

This prompted a search party to be launched comprising some family members and friends who traced his vehicle to the car park.

The lifeless body of the school don was eventually located in his office.

The remains of his body has been deposited at an undisclosed morgue.

The incident according to The Nation has been confirmed by the Public Relations Officer of Auchi polytechnic, Mustapha Oshiobugie, who described the incident as shocking and least expected.

Naija News gathered that the controversial cleric, in the video shared online, stated that Ada Jesus sinned against the holy spirit after she peddled rumours that veteran actress Rita Edochie helped him faked miracles.

The father of the ailing comedienne was accompanied with the traditional Ruler of Odumeje’s Village. After some dialogue, the prophet succumbed to the numerous pleads and forgave Ada Jesus. He also gave them one million naira for treatment.

He said: “I have forgiven her, I will give your family One Million Naira.”