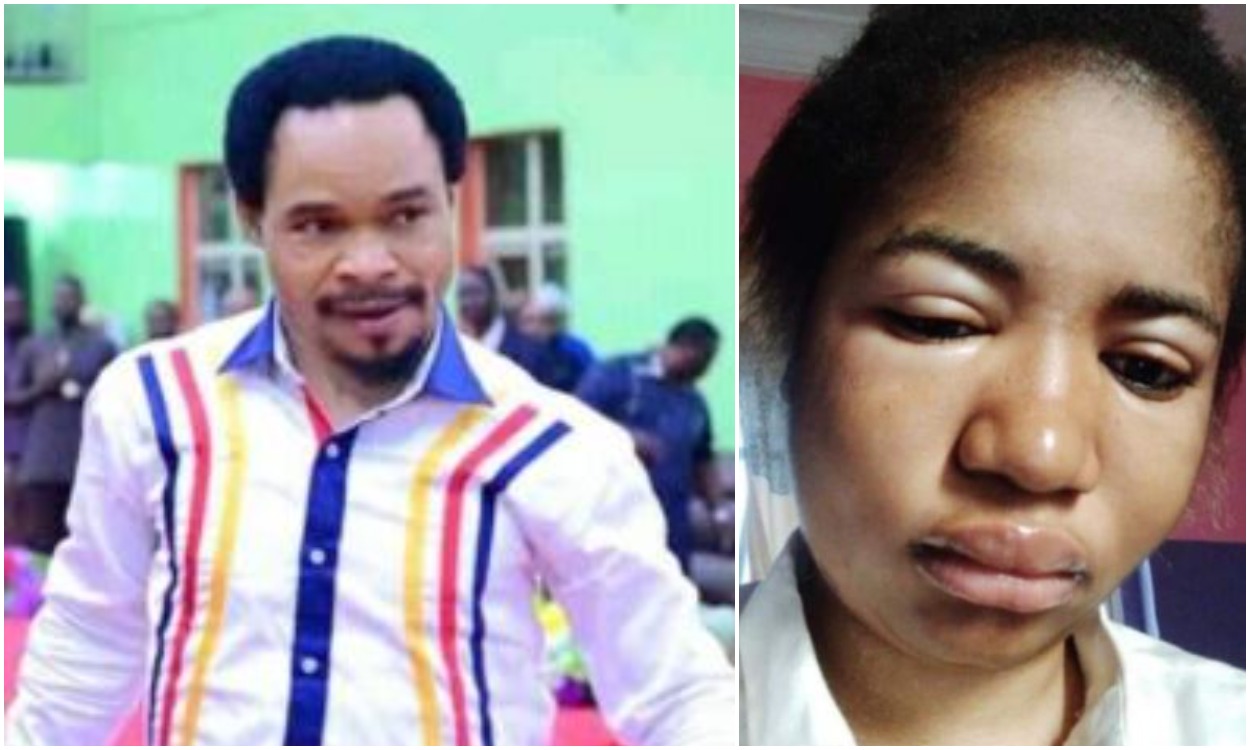 Naija News gathered that the controversial cleric, in the video shared online, stated that Ada Jesus sinned against the holy spirit after she peddled rumours that veteran actress Rita Edochie helped him faked miracles.

The father of the ailing comedienne was accompanied with the traditional Ruler of Odumeje’s Village. After some dialogue, the prophet succumbed to the numerous pleads and forgave Ada Jesus. He also gave them one million naira for treatment.

He said: “I have forgiven her, I will give your family One Million Naira.”

The prophet Odumeje also promised to pray for her and heal her if her sickness cannot be cured physically by doctors.

“I am giving you 1 million Naira for further treatment, but if it is a spiritual battle, I am ready,” he added.

Odumeje urged people to stop defaming others, most especially men of God, as such is Blasphemy against the Holy Spirit and can’t be forgiven.

The Traditional Ruler further disclosed how he pleaded with the controversial prophet, Odumeje to Forgive the comedienne, thanking him for giving him a listening ear.

The Father said: “My Joy is Beyond expression, Thanks to The Traditional Ruler whom God used to touch the heart of the prophet, I saw my daughter as whom the devil want to use to damage the image of the prophet.” He thanked Odumeje for Forgiving his daughter.