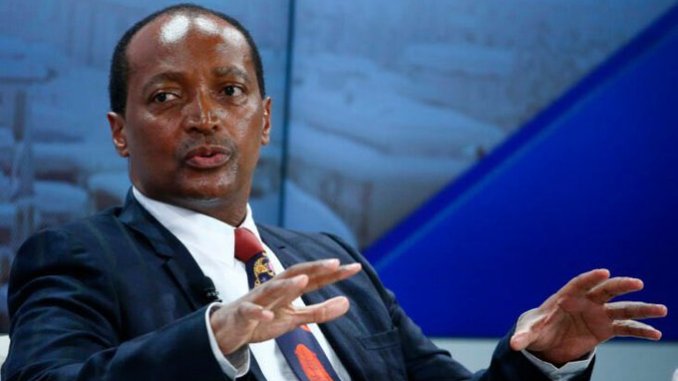 South African billionaire, Patrice Motsepe has emerged as the new president of the Confederation of African Football (CAF).

Motsepe emerged unopposed at the 43rd Ordinary General Assembly of CAF in Rabat, Morocco on Friday.

He replaces outgoing Ahmad Ahmad who was suspended in November by FIFA over accusations of nepotism, corruption, and embezzlement.

59-year-old Motsepe, the ninth richest person in Africa who is also the owner of South African football club, Mamelodi Sundowns, the Pretoria-based club he bought in 2003 may not be as versed in football administration as other candidates but emerged as CAF president following intervention by Fifa president Gianni Infantino, who reportedly brokered a deal with other candidates.

The intervention saw the 54 football association in CAF suspend the voting process and adopt Motsepe as president.

Naija News understands the deal brokered by Infatino will also see other candidates who had their sights set on the CAF presidency take up other roles and accept Motsepe as the president.

The agreed deal means Senegal’s Augustin Senghor and Ahmed Yahya of Mauritania will take up roles as the vice-presidents.

Ivorian Jacques Anouma, has also been appointed as special advisor to Motsepe.

Meanwhile, a player and two officials of Akwa United Football Club have been injured in a fatal accident along the Ezionye Expressway in Enugu State.

According to a statement via its official Twitter handle on Friday, the club said the accident occurred when the team bus had a head-on collision with a trailer on the expressway.