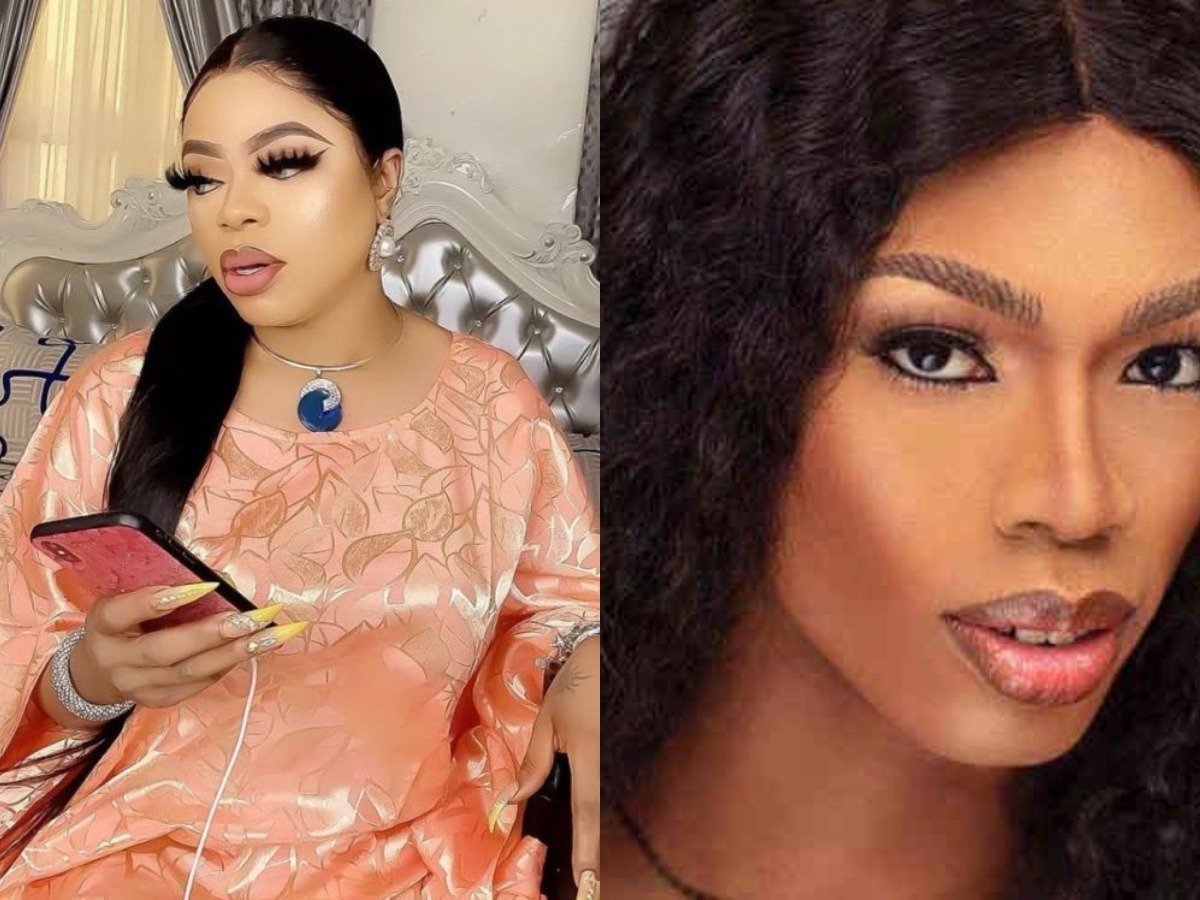 Brown, during an interactive session with his fans on social media, explained that Bobrisky blocked him because he thought he didn’t send him birthday wishes on his birthday.

He however insisted that he did send birthday wishes to Bobrisky but probably his fellow crossdresser missed it.

A fan had asked James if he still on talking terms with Bobrsisky, to which the Nigerian crossdresser replied in the negative, noting that he has been blocked by Bobrisky.

“We don’t talk any longer. She blocked me because I did not wish her happy birthday, but I did”, James Brown said. 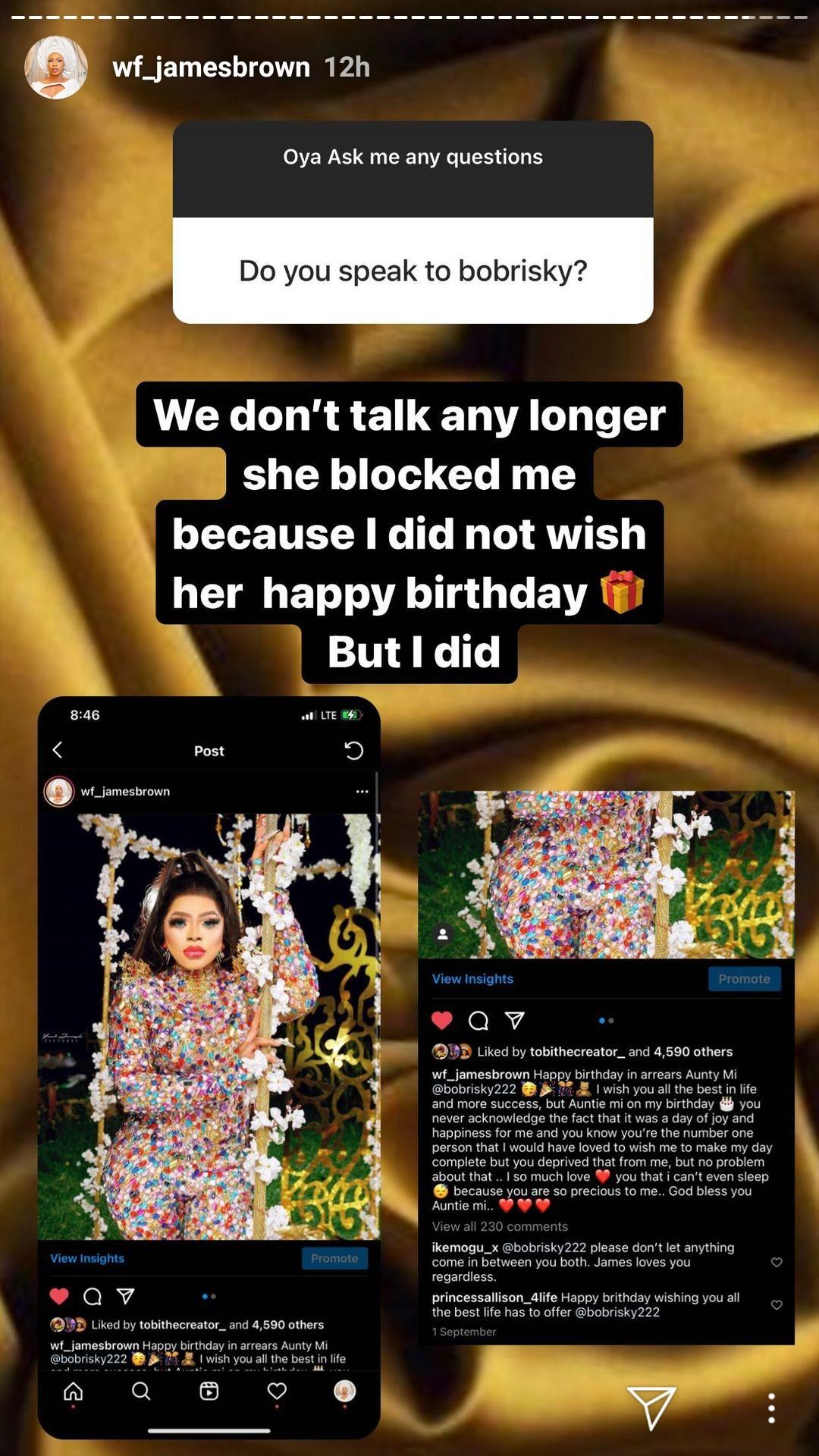