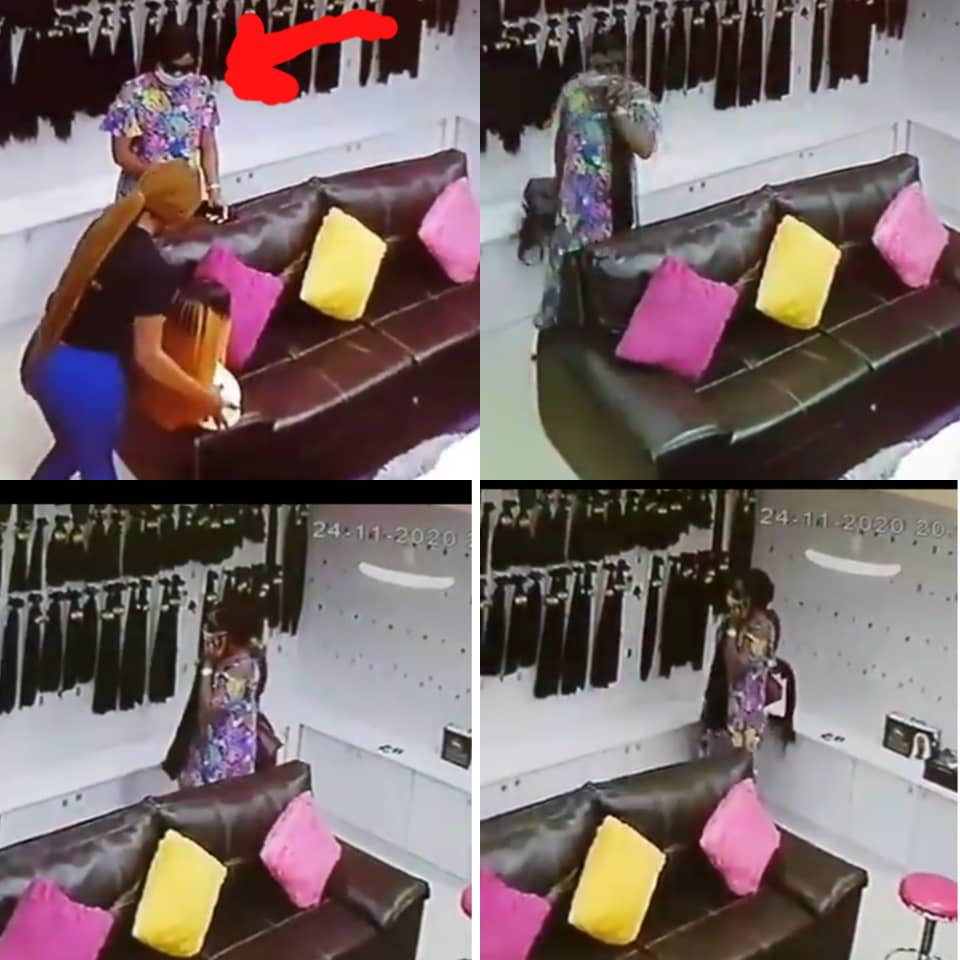 A CCTV footage which showed the moment a lady went into a weave store and absconded with a bone straight hair, has gone viral.

The video footage was shared online by a Twitter user @IamKellyJoe.

The stolen hair is valued at N200, 000. The video was however not clear as to where the incident occurred.

Meanwhile, In what seems really strange but true, a “ghostly” figure has terrified a pair of urban explorers who went on a photo adventure into an abandoned mental health hospital.