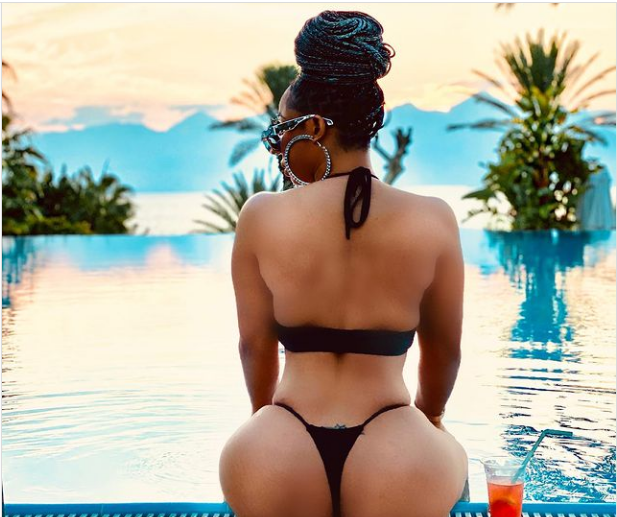 Nigerian Media Personality, Toke Makinwa, has confessed to her followers on Instagram what she did to her banging butt that stirred reactions on social media earlier.

However, Makinwa, moments after the photos have garnered comments from netizens revealed that she wore body trainer before taking the photos which show her having a big butt and curvy waist as seen in the photos.

The body positivity personality told her fans not to be deceived by what they saw in the photos earlier.

See her comments below in response to Toyosi Adeyemoh’s question on her waist; 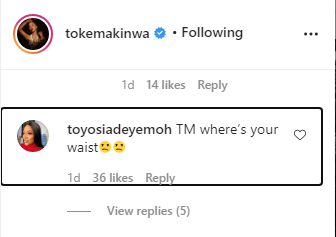 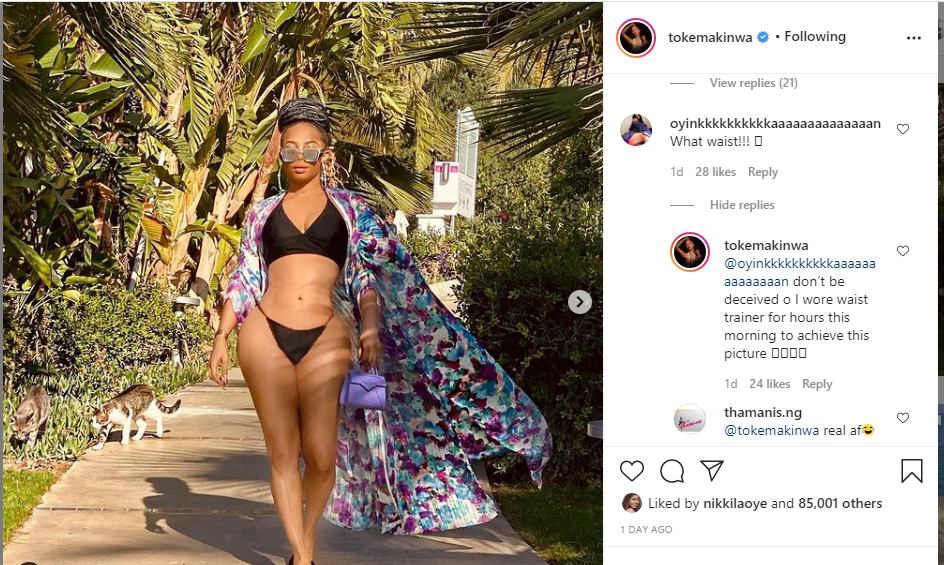