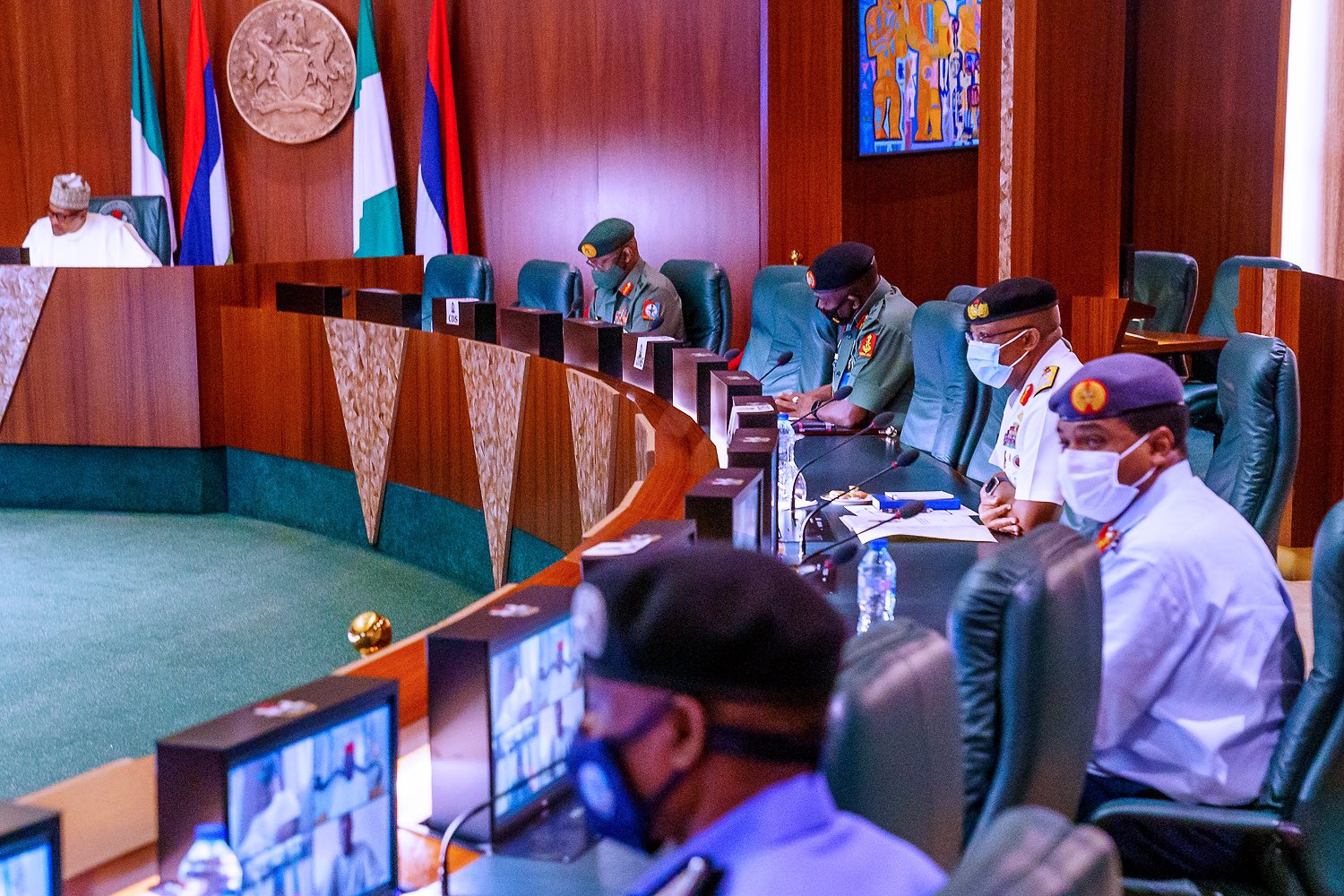 President Muhammadu Buhari is currently holding another emergency meeting with the nation’s security chiefs at the council chambers of the presidential villa in Abuja.

This is coming about 24 hours after the president held a National Security Council meeting during which he was briefed on current security issues in the country by the chiefs.

Naija News however understands that the President is not meeting with just the security chiefs this time around, but former presidents have also joined Friday’s meeting virtually.

Though it is a closed-door meeting and the agenda is yet to be made available to newsmen, it is understood that the meeting, which was convened by President Buhari started around 10am and is expected to discuss national security issues, challenges and solutions.

Apart from the security chiefs, Vice President Yemi Osinbajo; Secretary to Government of the Federation, Boss Mustapha, and Chief of Staff to the President, Professor Ibrahim Gambari, and National Security Adviser, Major General Babagana Monguno(Rtd) are with President Buhari physically in the council chambers.