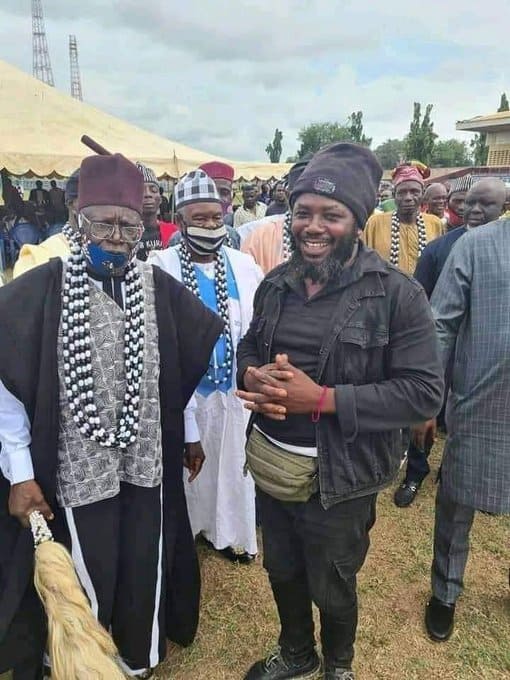 Terkula Akwaza, the elder brother of slain notorious Benue warlord, Terwase Akwaza aka Gana, says he is relieved his younger brother is dead.

He stated this shortly after his arrest by the Inspector General of Police (IGP) Intelligence Response Team (IRT) alongside three members of his late brother’s gang – Saatee Undi, Terhile Tsabee and Henry Terkula.

The gang members allegedly took part in various kidnapping operations, including that of a medical doctor, his friend and his son who they eventually killed in 2018 despite getting N7.5 million ransom.

Reports say Terkula helped his younger brother acquire landed property and other assets worth hundreds of millions knowing fully well that the funds were proceeds of crime.

Vanguard quoted an unnamed source as saying that police detectives traced N300 million to Terkula that were sent by his younger brother over the course of three years.

After his arrest, the 47-year-old has been reportedly helping detectives to recover all the assets.

Speaking to the media, Terkula said he helped Gana save money and acquire property because he was scared of his brother and he didn’t want people to think that he was jealous of him.

He added that the killing of Gana has brought relief to him and other members of his family who he said have become fugitives since the slain warlord began committing the atrocities.

Terkula said: “Gana’s criminal tendencies became known in 1993 when he started smoking Indian helm and we didn’t know what to do about him.

“That same year, Gana stole a truck in the market and when he was caught, he was beaten and he ran away from the village but came back five years with many boys who were loyal to him and taking orders from him.

“They started by farming but moved into armed robbery. He became so notorious and highly dreaded, that some politicians started hiring him to kill their opponents and do their bidding.

“My family ran away from Benue State due to his activities, but I came back in 2016 after he was granted amnesty by the state government in 2015 and was contracted to collect taxes for farm produce.

“He set up a company and made me the managing director, managing the company’s account and we were paying salaries to people working for the company and remitting government’s own percentage to its account.

“Later that year, Gana was accused of killing a Special Adviser to the Governor and he was declared wanted. Rather than surrendering, he ran into the bush and started sending money to my account which I was using to buy landed property and machines for him. He sent me over 200 million between 2017 and the day he was killed.

“He was buying property in his children’s name. I am happy that my brother has been killed, we now have peace in our family.

“Government can take all my brother’s property, he got them through crime and I don’t need any of them.”