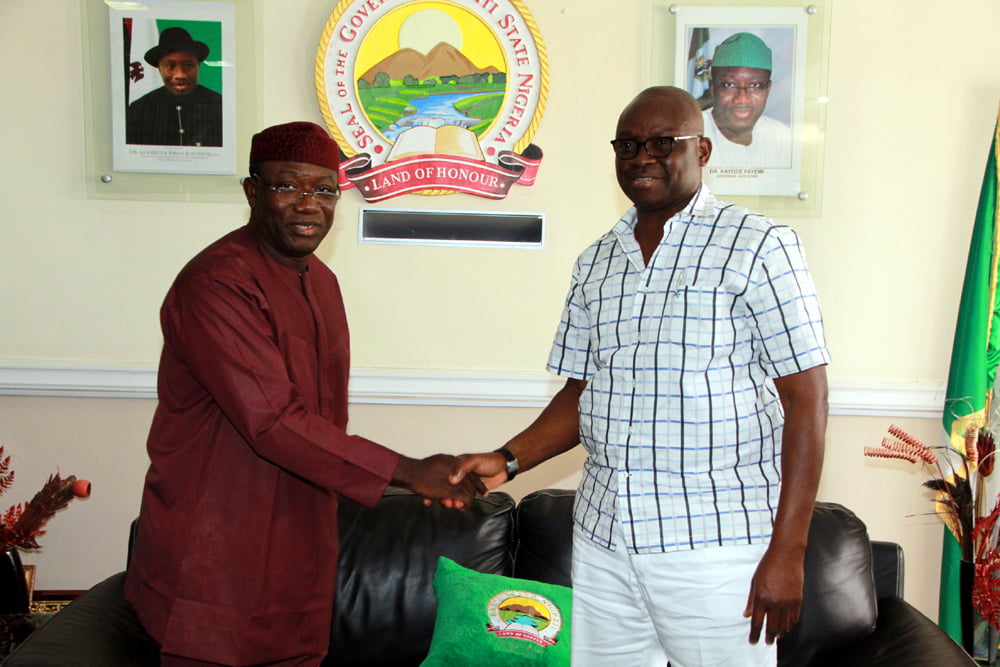 The governor of Ekiti State, southwest Nigeria, Kayode Fayemi, has commiserated with the immediate governor of the state, Ayodele Fayose, on the death of his elder sister, Mrs Mojisola Ladeji.

Naija News reports that the Ekiti governor sent his message to Fayose in a statement signed by his Chief Press Secretary, Yinka Oyebode, where he said he received the news of Mrs Ladeji's death with shock, as he was aware that the deceased was hale and hearty before the news of her untimely death was broken.

Governor Fayemi described the deceased as a sister, having shared the bond of attending the same secondary school, Christ's School, Ado-Ekiti.

The governor said the death of Mrs Ladeji was a loss not only to Fayose but also to him and the Christ's School family.

While noting that the loss of a beloved sister could be devastating, Fayemi urged Fayose to seek solace in the fact that the deceased lived an impactful life, after which he prayed God to grant the bereaved family the fortitude to bear the irreparable loss.