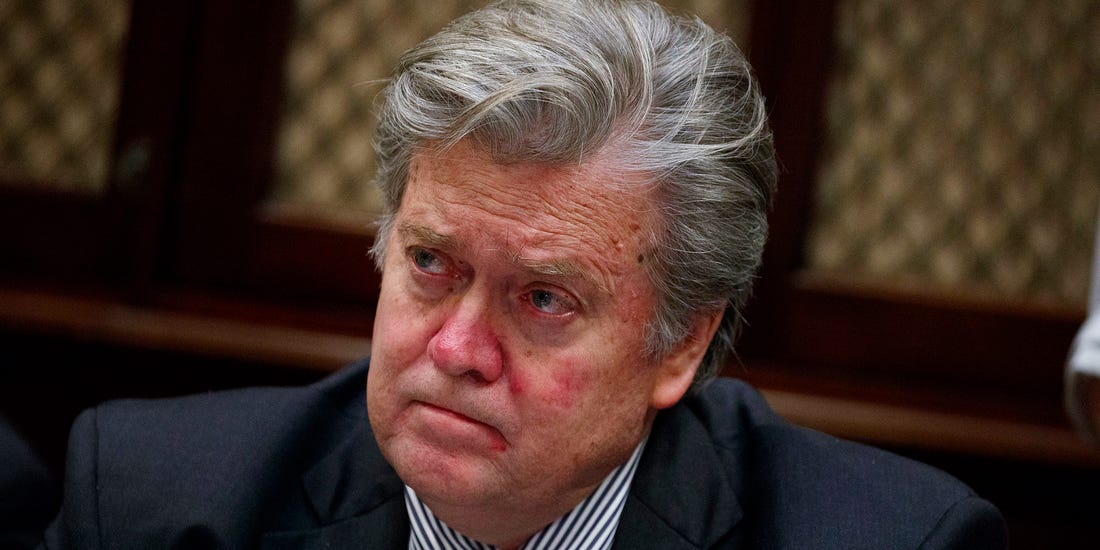 Naija News reports that Bannon was reportedly arrested for his role in an online fundraising scheme.

The NBC reports that Bannon was charged with fraud by a Manhattan attorney for defrauding people of millions of dollars.

According to a statement by acting US Attorney, Audrey Strauss, Bannon was said to have capitalized on donors’ interest in building a border wall to raise millions of dollars later channelled to fund the “lavish lifestyle” of “We Build The Wall” founder and public face Brian Kolfage.