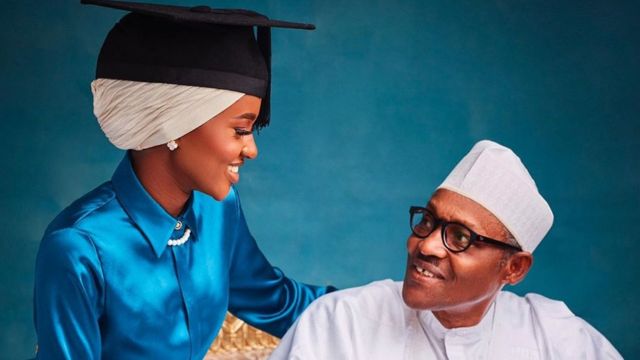 Reports have confirmed that Hanan, one of the daughters of President Muhammadu Buhari will be getting married to her fiance this year.

According to reports, the daughter of the president will in the next few months settle down with Mohammed Turad, the special adviser to the former governor of Lagos State and now Minister of Works, Babatunde Fashola

Naija News understands that the wedding is scheduled to hold on September 4, 2020. Turad is the son to a former lawmaker, Alhaji Mahmud Sani Sha’aban, who represented Zaria in the House of Representatives from May 2003 to May 2007.

In another news earlier, Naija News reports that a horrible truck accident in the Ajah area of Lagos State has claimed the life a beautiful young Nigerian lady identified as Immaculate Okochu.

Report of the incident was brought to the public domain by one Magdalene Okochu, an elder sister to the deceased, Naija News understands.

It was reported that Okochu was crushed to death by a truck just a few months to her wedding. Findings revealed that the deceased wedding with her fiance was scheduled for October 2020.