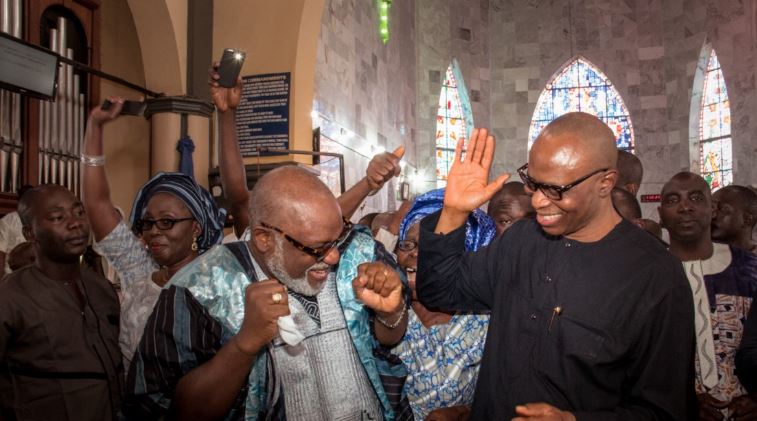 According to the governor, he never threatened to expose Olusegun Mimiko, whom he said has been a friend of over four decades.

Akeredolu said it was not his desire “to travel such pernicious path typical of those who have taken the route of perfidy for sake of their political ambitions.

“We have since wished them well even in their self-inflicted tears of treachery and betrayal.

“Clearly too, the former Governor, in Governor Akeredolu’s view, is well acquainted with the antecedents of those who have chosen to embrace any straw, including those they had mindlessly plotted against in the past, to keep their waning political comfort zones afloat.

“Nonetheless, while Governor Akeredolu has nothing against his friend and immediate past predecessor, he has chosen to allow posterity to intercede and interpret the roles of men in whatever form.

“In this regard, the friendship of the duo shall remain unaffected by the current political permutations, alignments and realignment, however impotently strange. Governor Akeredolu shall maintain that cordiality even in the face of opportunism.

“It must, however, be noted that Governor Akeredolu remains unperturbed by forces of whatever colouration. He is resolute and unwavering in his belief that a more debilitating defeat awaits those who have chosen to travel the route of conspiracy come October 10, 2020.”