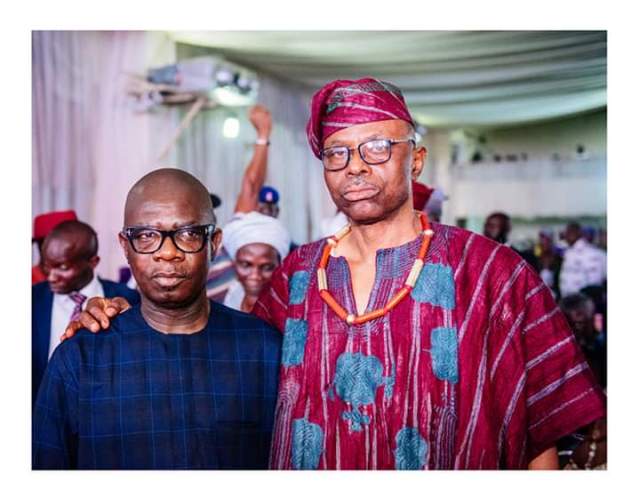 The political intrigues surrounding the Ondo State Deputy Governor, Agboola Ajayi, is far from over as reports have emerged that he has concluded plans to join the Zenith Labour Party (ZLP).

With his decision to join the ZLP from the Peoples Democratic Party (PDP) a third force has therefore emerged in the October 10 Ondo governorship election in the state.

A source revealed that Ajayi met with the national leader of ZLP who is the immediate past governor of the state Dr Olusegun Mimiko and other party stalwarts in Abuja this week to perfect the plan.

If the plan is confirmed, the deputy governor will battle his boss, Governor Rotimi Akeredolu and Eyitayo Jegede at the poll in October.

Also an aide Ajayi told the Vanguard that the deputy governor has settled for the ZLP, adding that Agboola is presently in Abuja to consult with leaders of ZLP.

With Ajayi’s impending defection to the ZLP, the All Progressives Congress (APC) and the PDP will experience massive defection in the days following his announcement.

It was gathered that Ajayi would also pick one of Mimiko’s Special Adviser, Hon. Saka Lawal, as his running mate in the October 10 Ondo election.

Hon Lawal was the running mate to Chief Olusola Oke in the 2012 governorship elections. Lawal who is from Akoko equally contested the PDP governorship primary with Jegede in 2016.

The choice of Lawal by Ajayi was meant to divide the votes of Akeredolu in his Northern Senatorial district area of the state.

Naija News gathered that the ZLP was considering Ajayi because of the number of votes he was able to garner at the PDP primaries despite joining the party in late.