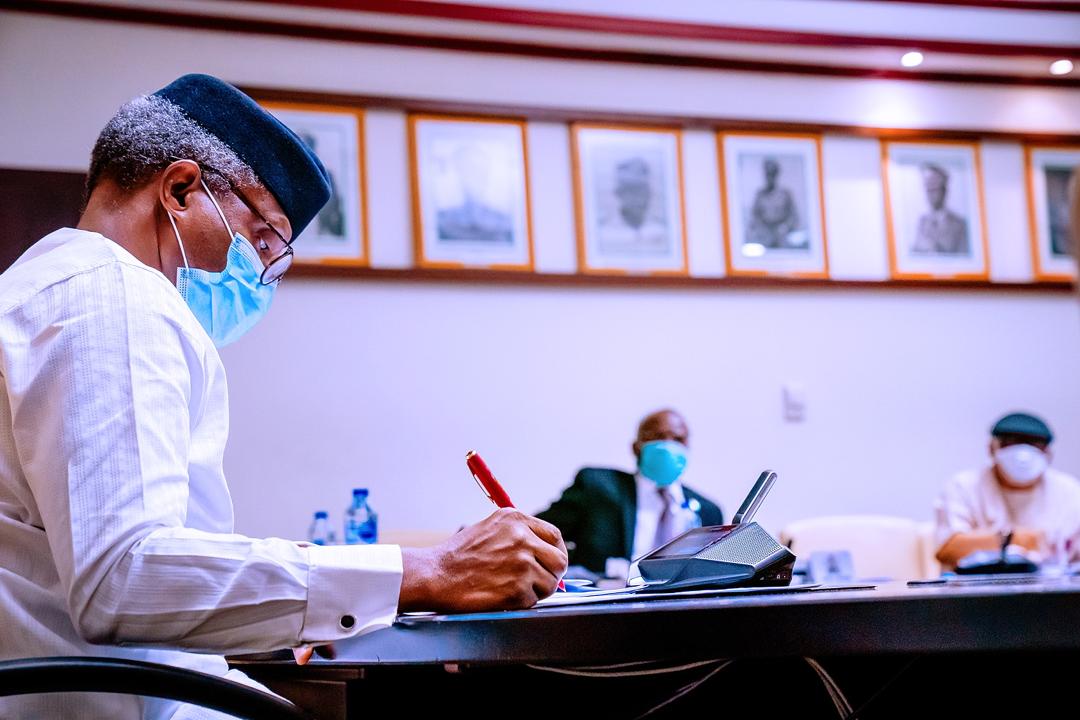 Vice President, Yemi Osinbajo, has written the Inspector-General of Nigeria Police Force (NPF), Muhammed Adamu, over claims that he received N4billion from Ibrahim Magu, the suspended Chairman of the Economic and Financial Crimes Commission (EFCC).

Naija News reports that the petition by the Vice President is coming after Jackson Ude, a former director of strategy and communications under President Goodluck Jonathan administration, through his news medium, “PointBlank News“, published that the embattled Magu embezzled over N39 billion and gave Osinbajo N4 billion for a soft landing.

The report quoted sources within the panel investigating the suspended EFCC Chairman to have “exposed the vice president’s involvement in the scandal.”

“Specifically, Magu was said to have mentioned a N4 billion that he released to the VP based on directives the very day the president left the country for the United Kingdom on medical treatment,” part of the report read but did not give details of which of the president’s numerous medical trips to the United Kingdom it referred to and provided no evidence to back the claim.

Osinbajo’s petition to the IGP is coming after the Vice President had through his spokesperson, Laolu Akande, described the claims as “false and baseless fabrications.”

In a letter to the IGP through his lawyers, Taiwo Osipitan, on Wednesday, Osinbajo said the report was untrue and defamatory. He also copied the Attorney General of the Federation, Abubakar Malami, in the letter.

“On the 8th of July 2020, Mr Ude wrote and published on his website www.pointblanknews.com materials/stories which are criminally defamatory of our client. We have the instructions of our client that the said publications are injuriously false in every respect,” the lawyer partly said.

The Vice President also berated Ude’s Twitter publication where he again accused him of corruption.

“HushBajo. N4billion. The Ghana investment. Okechukwu Enelamah the erand boy. The secretly recorded night vigil prayers at the Villa Chapel. The letter of resignation written for Buhari in Tunis by Tinubu/Osinabjo while Ba was sick. The scheming to take over. Etc. This na pay back https://t.co/vgIHZlQR6c,” the tweet read.

The official said Ude’s tweet was shared on several social media platforms to make the vice president appear like a “dishonest and disloyal public officer and consequently unfit for the position of the vice president of the Federal Republic of Nigeria which he is occupying.”

The lawyer to the Vice President asked ]IGP Adamu to investigate the allegations and if the purveyor was found guilty, the police should initiate criminal proceedings against Ude and his platform to restrain them from future ‘false publications’.