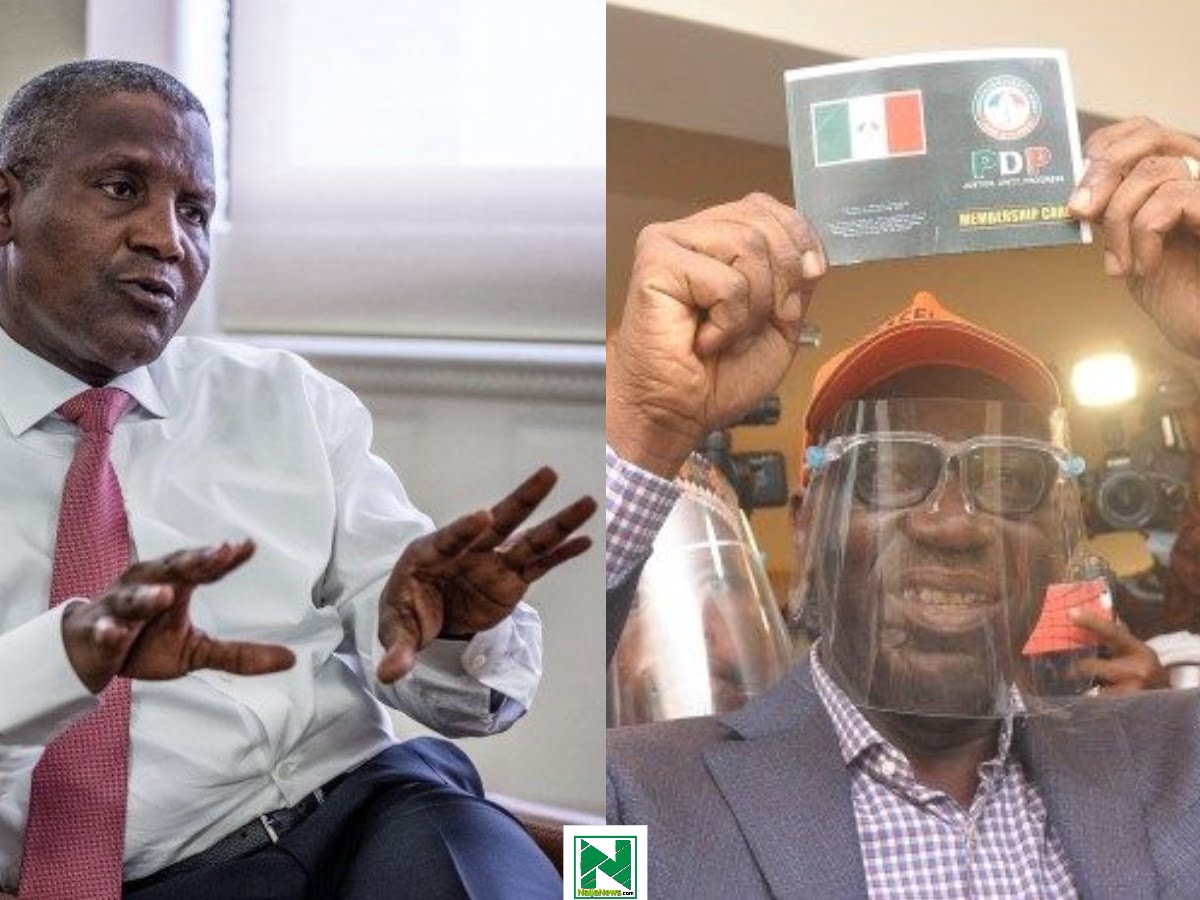 The richest man in Africa, Aliko Dangote has denied reports been spread by various media outlets handle that he has vowed to give his support to the incumbent governor of the State Godwin Obaseki, in the upcoming gubernatorial polls in the state.

The wealthy man who is known for his philanthropic debunked the report via his spokesman, Anthony Chiejina, who described the rumour as outright falsehood, a malicious, irresponsible and mischievous act aimed at destroying his image.

“Aliko Dangote is an entrepreneur and business leader whose focus is on development, job creation and philanthropy. He has not endorsed anyone for electoral positions in Edo or any other state of Nigeria.” Dangote Says

Speaking further, Dangote said he has not crossed the Lagos Third Mainland Bridge since that date. His name and personality should not be drawn into any political campaign.

Recall that Obaseki joined PDP after he was disqualified from contesting in the APC’s primary. He then emerged candidate of the party for the September 19, 2020, governorship election in the state