A Federal High Court sitting in Port Harcourt, the Rivers State capital, has restrained Governor Godwin Obaseki of Edo State from participating in the Peoples Democratic Party (PDP) governorship primary election ahead of the Edo 2020 election.

Naija News reports that an aspirant in the Edo PDP Primary election, Omoregie Ogbeide-Ihiama, instituted the suit, asking the court to stop Obaseki from participating in the election. 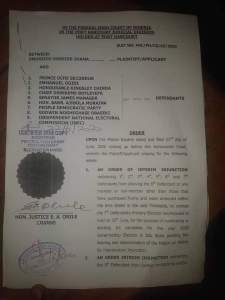 However, an order of interim injunction sighted by Naija News shows that the restrained defendants in the suit include; National Chairman of the PDP, Uche Secondus, Emmanuel Ogidi, Kingsley Chinda, Debekeme Boyleyefa, James Manager, Ajibola Muraina, the PDP, Obaseki himself, INEC and the INEC Commissioner. 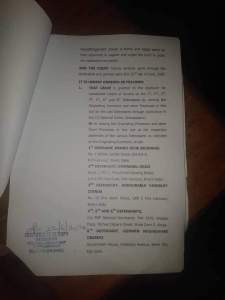 The Port Harcourt division of the Federal High Court held that the time scheduled for obtaining nomination form and participating in screening had lapsed when Governor Obaseki joined the main opposition political party. 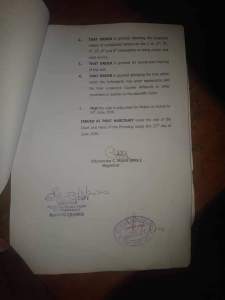 Meanwhile, Naija News reports that the restraining order is coming after the PDP had twice postponed the date of its primary election to accommodate the screening of the Edo State Governor for the Edo PDP Primary Election.