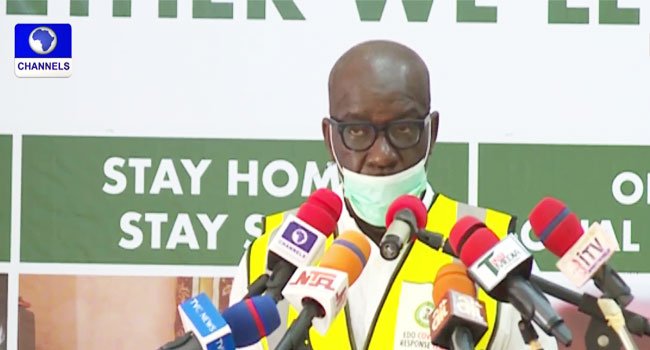 Governor Godwin Obaseki of Edo State has said he will reveal his next move after meeting with President Muhammadu Buhari.

In a post on his Twitter page, Obaseki also stated that he would make his next move public after meeting with his supporters.

He thanked Edo people and Nigerians for their show of solidarity and support in the face of injustice.

Obaseki wrote: “I appreciate the sustained show of solidarity, support and goodwill from Edo people and Nigerians in the face of injustice by the APC screening committee.

“I will be making my next move known after I complete consultations with my supporters and meet with Buhari.”

Naija News reports that Obaseki was on Friday disqualified from seeking re-election by the All Progressives Congress (APC) screening committee.

Different reports have indicated that the Edo State governor is plotting to dump the APC and join another political party to contest the Governorship election.

It was gathered that Governor Obaseki has approached the PDP leadership on the possibility of contesting the election on its platform.

Obaseki on Sunday met with his rivers state colleague, Nyesom Wike in a bid to survive the siege the APC had laid upon him.

Details of the meeting is yet unknown, as it is currently being held behind closed doors, but it seems like the beginning of the political rebranding regarding the hope of Obaseki ahead of the Edo Guber.