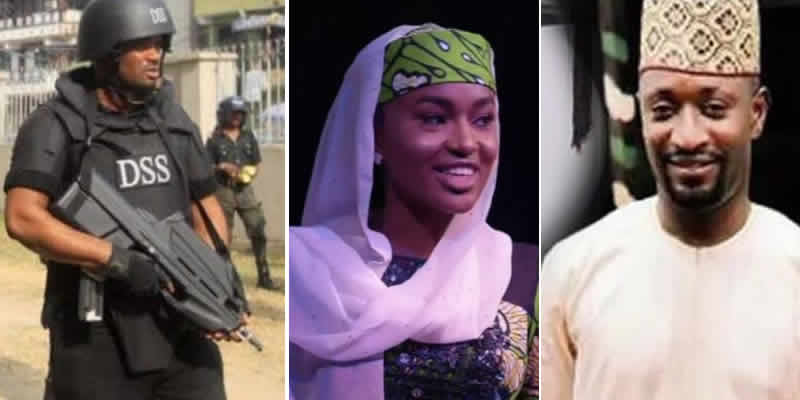 Naija News recalls that Okolie was arrested in July 2019 in Asaba for using the previous phone line of President Muhammadu Buhari’s daughter, Hanan.

Upon his release, Okolie dragged the DSS, MTN and Hanan Buhari to court. He also demanded a compensation of N500 million over his detention for 10 weeks by the DSS.

Okolie, in a suit filed by his counsel, Tope Akinloye, stated that he bought the MTN SIM card for N1,000 at a market in Asaba.

The affidavit read: “On December 8, 2019, at Ogbeogonogo market, Nebu road, Asaba, Delta state, I purchased a SIM card with phone number, 09035666662, for the sum of N1,000 only and I received a SIM pack with accompanying documents as a result as evidence of purchase receipt.”

The 33-year-old man said he remained in custody, bound by handcuffs till September 22, 2019 as the DSS waited for Hanan, who was schooling in the United Kingdom, to come and clear him but she never did.

Okolie also attached the receipt he was issued after purchasing the SIM card as well as the SIM certificate.

But the DSS claimed that Okolie was detained for 10 weeks because the purchase and use of the MTN SIM threatened national security.

The judge, however, struck out the prayer requesting Hanan Buhari, and telecoms company, MTN, to pay N500m.