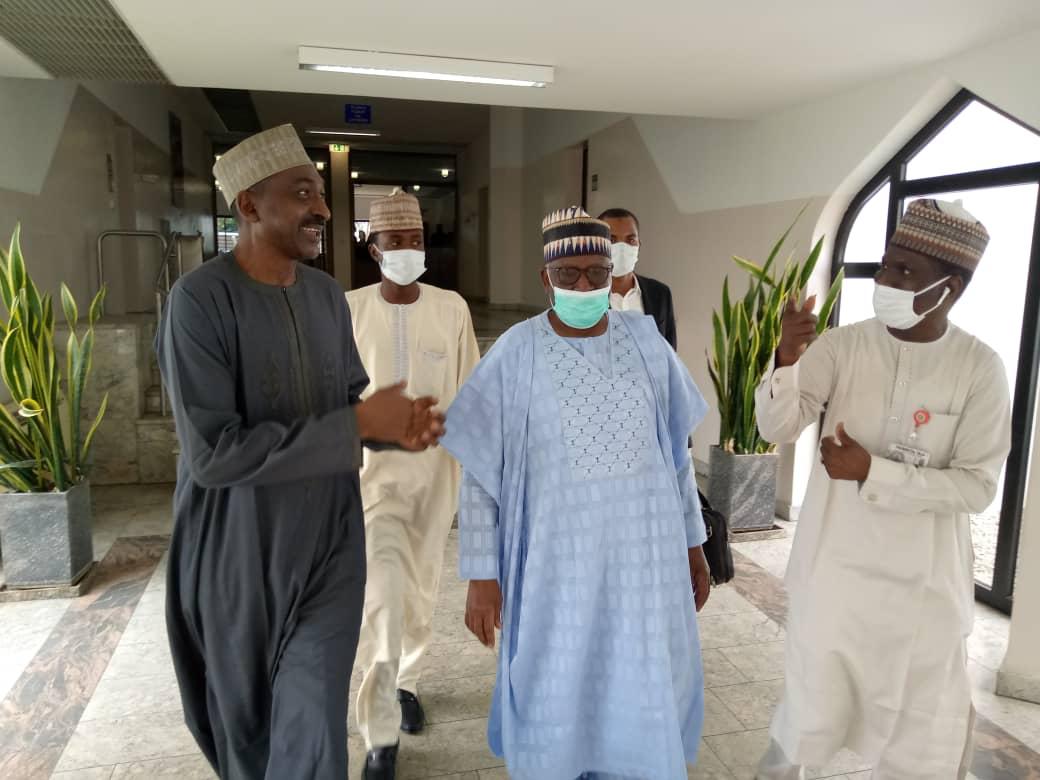 The newly appointed Chief of Staff to President Muhammadu Buhari, Ibrahim Gambari, has arrived at the Presidential Villa.

The new CoS upon his arrival at the Presidential Villa was welcomed by the Director of Protocol, Yakubu Ahmed, and the Permanent Secretary, State House, Tijani Umar.

Naija News had earlier reported that the president on Tuesday appointed Gambari to replace the late Abba Kyari who recently died from coronavirus.

Meanwhile, the President if yet to formally announce the appointment, but the Emir of Ilorin, Ibrahim Sulu-Gambari has confirmed the appointment and appreciated the president for his decision.

In a statement by his aide, Abdulazeez Arowona, the Ilorin emir thanked President Muhammadu Buhari “for appointing Professor Ibrahim Gambari as his new Chief of Staff.”