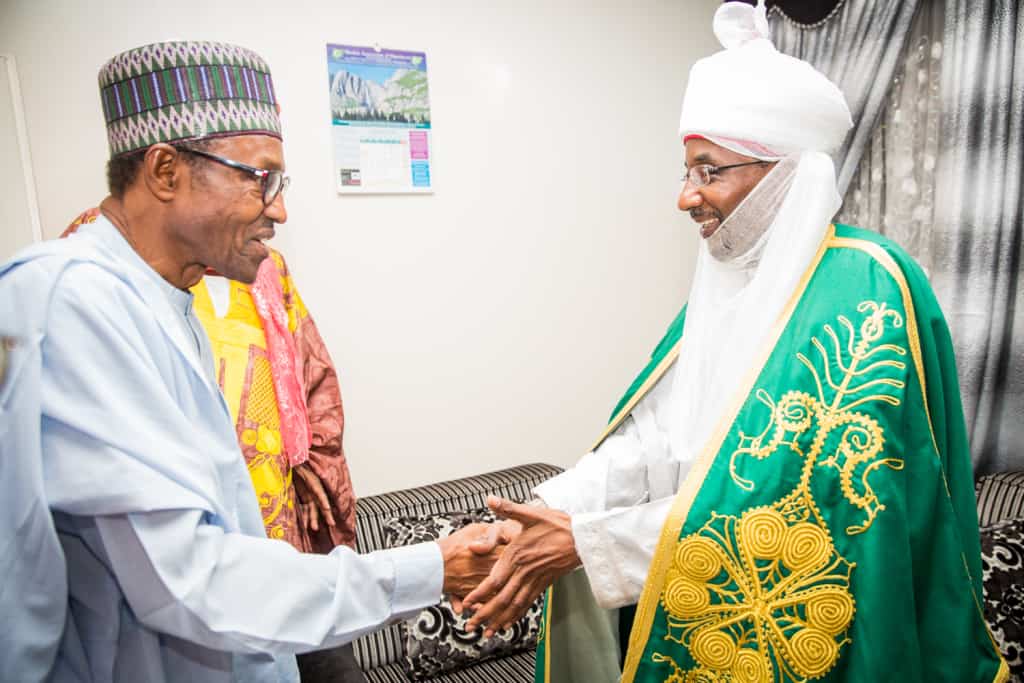 President Muhammadu Buhari has denied having anything to do with the dethronement of Kano Emir Muhammadu Sanusi II.

The Senior Special Assistant to the President on Media and Publicity Mallam Garba Shehu stated this earlier today via his twitter handle. described such insinuations are untrue, malicious and politically motivated.

He also said that the President does not have a history of intervening in the affairs of any state in the country unless the issue at hand is of national consequence. On such matters which impinge on national security, he has a duty of involvement as the law stipulates

The presidency also said it was unfair and disingenuous of opposition politicians to try to link the situation in Kano State to the federal government and the Nigerian President.

“Although a retired General and former Military Head of State, President Buhari clearly understands that under the current democratic dispensation, the government at the center cannot read instructions or twist the arms of all or any of the 36 state governments making up the federation. They all have their powers specified under the Constitution.

“President Buhari commends the people of Kano for keeping calm in the past few days of the dethronement announcement. He prays that the will of Allah will be done at all times, and that the emirate/state and its people continue to experience progress irrespective of who is on the throne,” the statement said.

Here is Garba Shehu’s tweet below on president Buhari’s involvement in the dethronement of Emir Muhammadu Sanusi II.

President Muhammadu Buhari has no involvement whatsoever in the dethronement of HRH Muhammadu Sanusi II from the position of Emir of Kano. All such insinuations are untrue, malicious and politically motivated.

Former Kano Governor Rabiu Kwankwaso had accused Buhari of ordering the dethronement and banishment of Sanusi to Awe town in Nasarawa state on Monday.