The Governor’s security team quickly moved into action and whisked him away from the scene before further damage could be done.

They also pelted his convoy with bottles and sticks, while hurling angry insults at Uzodinma. The Governor’s security details prevented him from alighting from the car due to the tense situation. 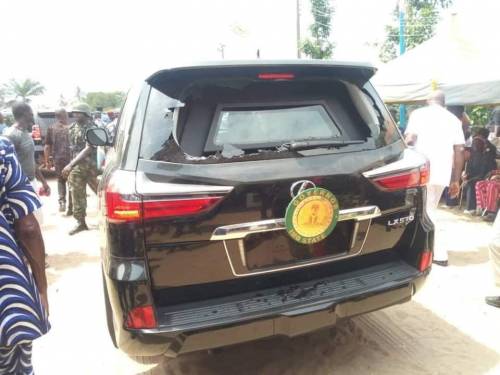 Naija News gathered the governor, who was billed to attend a function in the community, could not proceed as the irate youths already smashed the rear shield of his official car.

“They were throwing bottles and weapons at the bulletproof SUV of the governor,” a witness told Vanguard.

This online medium reports a Supreme Court judgment of January 14, 2020 which sacked Emeka Ihedioha of the PDP, also installed Hope Uzodinma of the APC as the Imo State governor.