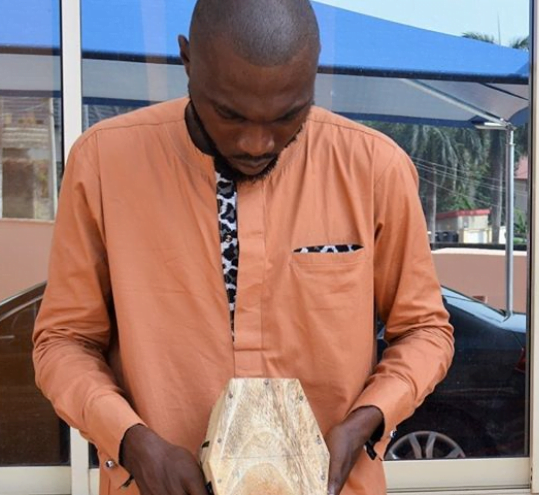 At least six suspected internet fraudster have been arrested with a mini coffin by the Economic and Financial Crimes Commission (EFCC) in Ibadan, Oyo State.

The arrest was done during a raid by operatives of the EFCCposted to Oluyole and Alao-Akala estates in Ibadan.

in a statement today, released by the commission’s acting spokesman, Tony Orilade, he noted that various items were seized including four cars, various brands of sophisticated phones and an Automated Teller Machine (ATM) card.

Mr Orilade said one of the suspects, Mr Adebowale, 38; claimed to be using the coffin as a soap rack to hypnotise his victims.

The EFCC has taken huge steps to curb financial crimes and ritual killings in Nigeria, Mr Orilade said. In October 2019, the Commission arrested about 200 suspected internet fraudsters, popularly known as Yahoo boys. The Ibadan zone of EFCC alone secured 171 convictions,167 of which are cybercrime offenders in 2019. In addition, the EFCC impounded 56 automobiles and 14 houses from the offenders and recovered N211,134,927.26; $136,289; €2000 and £765