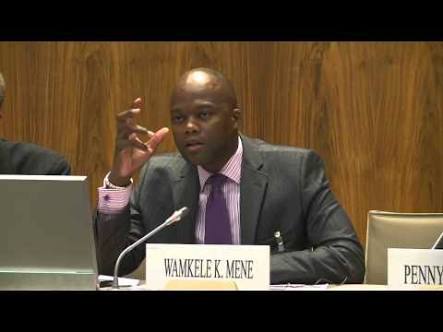 It also capped days of intense lobbying by the two countries to win support from other member states of the African Union.

The vote that confirmed Mr. Mene came on Monday at the end of the 33rd African Union Summit in Addis Ababa.

Naija News learnt that Mene will now be in charge of the day-to-day operations of the newly created continental trade body, which will oversee the implementation of a tariff-free trade regime.

AfCFTA will be headquartered in the Ghanaian capital of Accra and is expected to be fully operational by end of March.

Meanwhile, here is the  tweet of the trade union celebrating the new appointment.

Behold our long awaited Secretary-General @MeneWamkele. With a strong background in Trade, we look forward to your leadership as the Head of #AfCFTA Secretariat. pic.twitter.com/vN8MHlB0eh