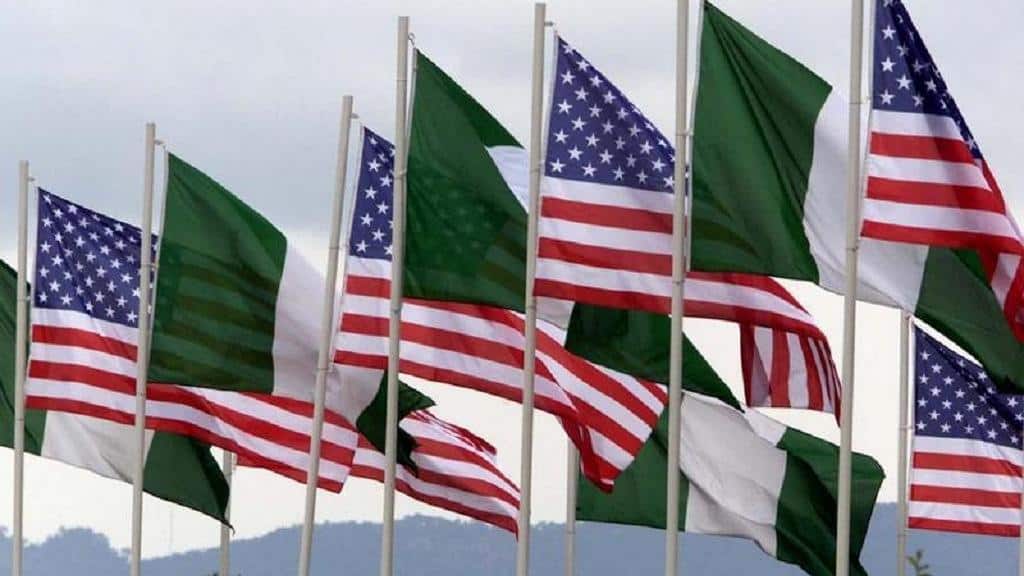 Naija News can authoritatively report that the Federal Republic of Nigeria has signed an agreement with Jersey, and the United States of America on the return of over US$308 million in confiscated funds to the people of Nigeria.

It will be recalled this online medium previously reported that Umar Gwandu, the spokesman to the Attorney General of Nigeria and Minister of Justice, Abubakar Malami, disclosed on Sunday that the Federal Government of Nigeria is set to pen a signature in agreement with the US as regards money looted by the former Head of State, Gen. Sani Abacha.

The agreement has now been signed and a joint media release done by the Government of Jersey, the Government of the Federal Republic of Nigeria and the United States of America Department of Justice on the development.

On Monday, 3 February 2020, the Government of Jersey, the Federal Republic of Nigeria and the Government of the United States of America entered into an Asset Recovery Agreement to repatriate over US$308 million of forfeited assets to Nigeria.

The funds were laundered through the US banking system and then held in bank accounts in Jersey in the name of Doraville Properties Corporation, a BVI company, and in the name of the son of the former Head of State of Nigeria, General Sani Abacha.

In 2014 a U.S. Federal Court in Washington DC forfeited the money as property involved in the illicit laundering of the proceeds of corruption arising in Nigeria during the period from 1993 to 1998 when General Abacha was Head of State.

This case is a result of extensive co-operation between the Jersey authorities, the Money Laundering and Asset Recovery Section of the United States Department of Justice and the Federal Bureau of Investigation, and the Federal Republic of Nigeria, with crucial assistance from other governments around the world.

At the time the case was filed as part of the U.S. Department of Justice’s Kleptocracy Asset Recovery Initiative in 2013, it was the largest U.S. kleptocracy forfeiture action ever commenced. In 2014 the Attorney General of Jersey applied for, and was granted, a Property Restraint Order over the Jersey bank account balance of Doraville. This was challenged in the Royal Court of Jersey and Court of Appeal, and an application for permission to appeal to the Privy Council by Doraville was refused. France and the United Kingdom restrained additional funds at U.S. request.

General Abacha and his associates stole and laundered many hundreds of millions of dollars of public money during his military regime, doing vast harm to the futures of his own people. The monies were laundered by his family, including his sons Ibrahim and Mohammed, and a number of close associates. The laundering operation extended to the United States and European jurisdictions such as the UK, France, Germany, Switzerland, Lichtenstein and Luxembourg.

In 2018, Governments of the Federal Republic of Nigeria, United States of America and the Bailiwick of Jersey commenced the negotiation of the procedures for the repatriation, transfer, disposition and management of the assets. The tripartite agreement signed this week represents a major watershed in international cooperation in asset recovery and repatriation, and will provide benefit to people throughout Nigeria.

The projects on which the funds will be expended will be administered by the Nigeria Sovereign Investment Authority and independently audited. The Federal Republic of Nigeria will establish a Monitoring Team to oversee the implementation of the projects and to report regularly on progress. The Nigerian government, in consultation with the other Parties, will also engage Civil Society Organisations, who have expertise in substantial infrastructure projects, civil engineering, anti-corruption compliance, anti-human trafficking compliance, and procurement to provide additional monitoring and oversight.

The Solicitor General and Attorney General designate of Jersey, Mark Temple QC, who signed the Agreement on behalf of Jersey, commented:

“This Agreement represents the culmination of two decades of intensive work by Law Officers in Jersey, the United States and Nigeria. The return of the assets to Nigeria had been delayed by a number of hard-fought challenges by third parties which were defeated in the Courts in Jersey and the United States.

“The Agreement establishes a framework based on fruitful co-operation, trust and respect so that the forfeited funds can be repatriated to benefit the people of Nigeria, from whom they had been taken. The use of the funds will be subject to monitoring and reporting obligations.

“This is a very significant achievement, and, once again, demonstrates Jersey’s commitment to tackling international financial crime and money laundering.”

“Since becoming aware that the alleged proceeds of Abacha corruption and money laundering had passed through Jersey financial institutions, the Jersey authorities have done everything within their power to investigate what happened and to return the money to its rightful owners, the people of Nigeria.

“I would like to offer my sincere thanks and appreciation to the dedicated team within the Law Officers’ Department, and their colleagues in United States and Nigeria. Their excellent level of cooperation in the fight against corruption, at domestic and international levels, should be an example for other jurisdictions to follow.

“As a leading international finance centre with an effective and robust regulatory regime, Jersey has a responsibility to firmly address any instances of alleged money laundering and corruption. Our commitment to seeing these funds repatriated has led to a positive outcome for the people of Nigeria, has established lasting partnerships and given us a pioneering role in asset-recovery that is based on the principles of national interest, trust and mutual respect.”

Deputy Assistant Attorney Brian Benczkowski announced the agreement on behalf of the United States and stated:

“The Department is pleased to enter into this agreement with The Bailiwick of Jersey and the Federal Republic of Nigeria to return this enormous amount of stolen funds for the benefit of the people harmed by the corruption in Nigeria. Through the recovery of these funds — and this mutual agreement — the people of Nigeria can see the money they lost to corruption in flagrant disregard of the rule of law is returned through a lawful process, and in a manner that ensures transparent and accountable use of the funds. This is a major achievement. It also stands as a clear statement of our commitment to safeguard the United States from those who seek to launder the proceeds of corruption through the abuse of our financial system.”

Mr. Abubakar Malami, SAN, the Attorney General of the Federation and Minister of Justice, Nigeria who signed on behalf of the Nigerian government noted that this agreement has “culminated in a major victory, for Nigeria and other African countries as it recognizes that crime does not pay and that it is important for the international community to seek for ways to support sustainable development through the recovery and repatriation of stolen assets.

He noted further that “without the commitment of the three parties to the Agreement (Nigeria, Jersey and the United States) and that of the legal experts and Attorneys representing Nigeria, it would have been impossible to achieve the success recorded today.

Mr. Malami, also stated that “As you are aware, the government of Nigeria has committed that the assets will support and assist in expediting the construction of the three major infrastructure projects across Nigeria – namely Lagos – Ibadan expressway, Abuja – Kano express way and the second Niger bridge.

These projects currently been executed under the supervision of the Nigeria Sovereign Investment Authority (NSIA) as a public private partnership (PPP) will boost economic growth and help alleviate poverty by connecting people and supply chains from the East to the West and to the Northern part of Nigeria, a vast area covering several kilometers with millions of the country’s population set to benefit from the road infrastructures.”

He called for civil society organizations and the Nigerian public to be involved in the monitoring of the implementation of the key infrastructure projects that will greatly enhance road transportation in Nigeria.