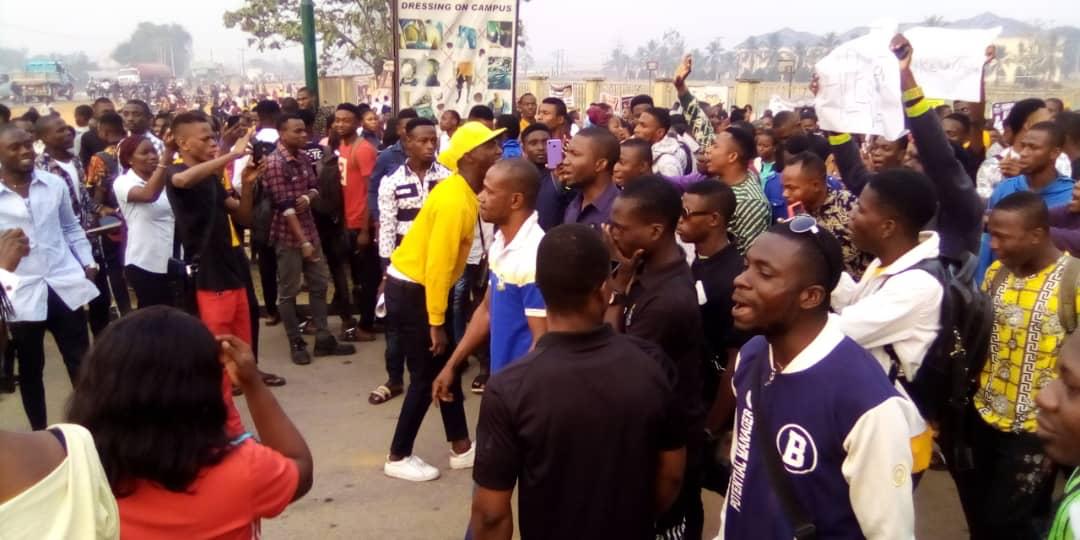 Naija News has been informed that Students of the Delta State Polytechnic have shut the Institution’s main entrance over a strange law introduced by the school management.

The students commenced the protest inside the state polytechnic in Ozoro, on Tuesday morning, putting a barricade to the school section of Ughelli/Asaba Expressway, Naija News understands.

According to reports by The PUNCH, vehicles and passers on the route were stalled for hours due to the intensity of the protest.

However, no statement was received yet from the school management at the time of filing this report.