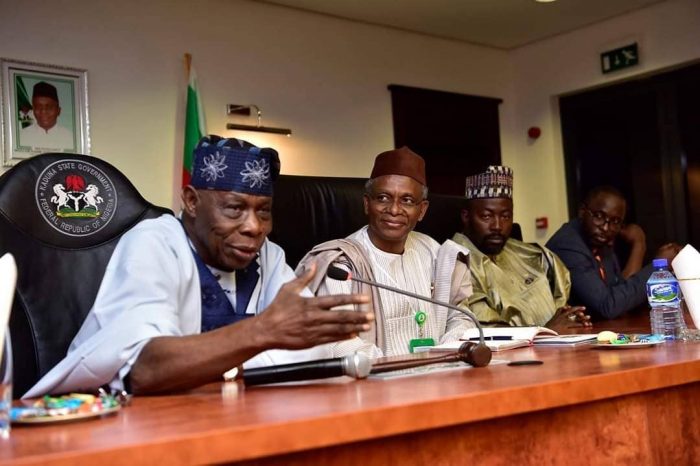 Kaduna State Governor, Nasir el-Rufai, has been described as one of the best persons to work with.

This was stated by former President, Olusegun Obasanjo, on Wednesday in Kaduna when he paid a private visit to El-Rufai at the government house.

However, the private visit by the former president has generated several reactions on social media. Here are the reactions as follows.

Former President Olusegun Obasanjo has commended Gov. Nasir El-Rufai @elrufai for his pan-Nigeria character and his commitment to good governance.

Obasanjo also said he was happy with El-Rufai’s approach to governance especially in giving opportunities to women.

Next headline : OBASANJO pay surprise visit to El-rufai in Kaduna.

Obasanjo is in Kaduna famzing El-Rufai. Do you know why? El-Rufai is the head of committee reviewing ownership of DisCos. Lol

Can Obasanjo please give the names of those that looted the money to El-rufai. pic.twitter.com/bWnXSwZcO0

Na so! No smoke without fire. OBJ don't visit for nothing. he's either chasing something or something after him.

Kaduna is my home and I have business interest here .I have come to visit my colleague, who is the Governor of Kaduna State, Mallam Nasir El-Rufai.