There are rumours within the Oyakhilome Ministry that this year’s event will be the biggest gospel music concert ever.

Fans have taken social media by storm in eager anticipation of the annual LoveWorld International Music and Arts Awards (LIMA) ceremony that promises to be ‘Hotter Than Fire’ with Pastor Chris Oyakhilome, the founder of LoveWorld and lead pastor of Christ Embassy, set to serve as the master of ceremonies for the event.

LIMA 2019: Setting the stage for greatness

LIMA 2019 and this year’s theme have already racked up thousands of mentions on all of the leading social media platforms including Facebook, Twitter, Instagram and LoveWorld’s own Kingschat. The hype surrounding the event has been building inspiring trending hashtags such as #LIMA2019, #LIMAChallenge and #HotterThanFire. The LIMA 2019 promo video featuring this year’s theme song already has tens of thousands of views on YouTube alone. 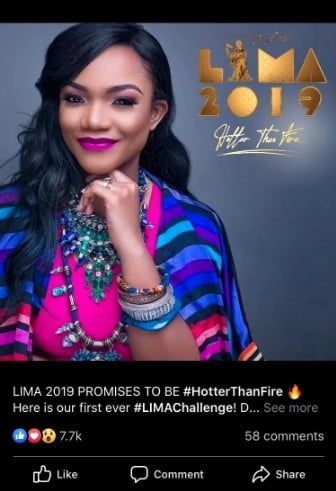 This year’s event, which is expected to draw a record-setting number of viewers, will take place this Sunday, November 17, at the LoveWorld Convocation Arena in Lagos, Nigeria. All of the megastars and rising talent of the LoveWorld Nation including Ada, Frank Edward, CSO, Testimony and many more are expected to be in attendance.

High-energy, entertaining and above all soul-stirring

LIMA 2019 is set to be a high-energy celebration of music sang in harmony with the Holy Spirit and filled with soul-stirring Word of God. The prestigious award event, which recognizes and celebrates the talent, hard work and passion of the LoveWorld artist, will feature impactful, show-stopping performances, expertly choreographed dance numbers and spectacular displays of cultural heritage all infused with the powerful inspiration of the Lord. 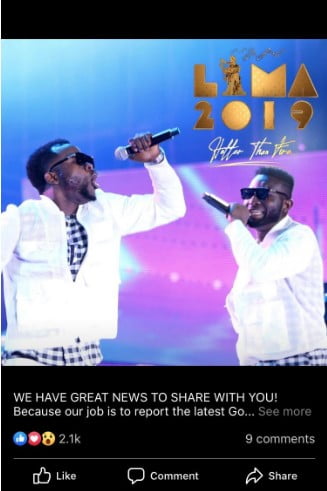 Gospel music has become an integral part of Pastor Chris’s ministry, representing the cultural spirit of the LoveWorld Nation and igniting a passion within the souls of listeners around the world.

With the bar set high after last year’s sensational LIMA Awards ceremony, there has been talking within the Oyakhilome ministry that this year’s event will not only be bigger than before, it will surpass all other gospel music celebrations worldwide.

Don’t miss the event of the year

Not going to be in Lagos this Sunday or failed to secure your ticket to the event? Don’t fear! You can still watch all the excitement of the LIMA 2019 Awards ceremony from the comfort of your own home.

LIMA 2019 will be broadcast live on all the local stations and internationally across the LoveWorld Inc. international satellite television network. In addition, you can watch the entire awards ceremony live on social media.  Good Gospel Playlist will be live-streaming the event on their Facebook page, and LoveWorld Plus will be live-streaming the ceremony on their website and social media channels. 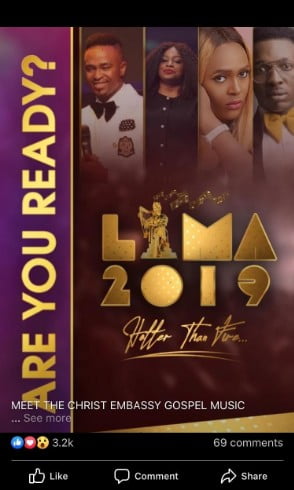 Are you ready? Watch the LIMA Awards 2019 live on Facebook