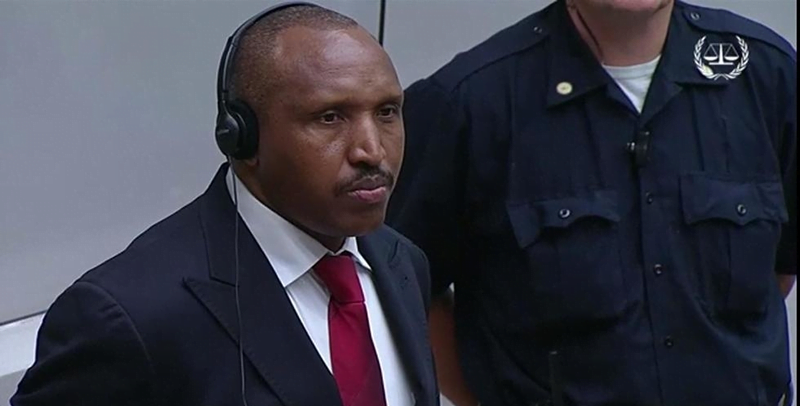 A former Congolese warlord, Bosco Ntaganda, has been sentenced to 30 years imprisonment by the International Criminal Court.

Ntaganda faced the possibility of been sentenced to life imprisonment after he was found guilty on 18 counts of war crimes and crimes against humanity in July.

The Congolese who was popularly called Terminator carried out different attacks on civilians and recruited child soldiers.

The court noted that Ntaganda carried out the crimes while he headed the Patriotic Forces for the Liberation of Congo, the military wing of the Union of Congolese Patriots political group in northeastern Ituri province, between 2002 and 2003.

The presiding judge from the Czech Republic noted that he was also responsible for the sexual slavery of children.

The court found him guilty of other charges as well, including murder and rape.

Ntaganda surrendered to the U.S. embassy in the Rwandan capital Kigali in 2013, after eluding capture for seven years.

He maintained his innocence during the trial, saying that he was a revolutionary, not a criminal during his final statement.