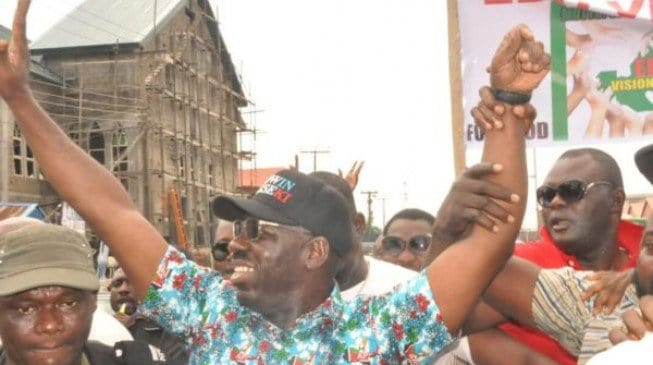 The Edo State chapter of the Peoples Democratic Party (PDP) has described as unconstitutional the sack of four Local Government Chairmen by Governor Godwin Obaseki.

Naija News reports that between August 2nd and October 10th, the Edo State Government sacked four council chairmen elected on the platform of the All Progressives Congress (APC).

Speaking on Wednesday in Benin after receiving an award by the Edo State Chapter of the Coalition of Registered Political Parties (CRPP), The Edo PDP Chairman, Dan Orbih, said the sacked LG chairmen were constitutionally elected.

“These chairmen were not appointed by the governor but were elected by the people in their respective council areas,” the PDP chairman said.

“The governor knows very well that for any action to be taken against the chairmen, such action must emanate from the Edo State House of Assembly after due investigation.

“But the present action of the governor certainly points towards a fallout of the political differences between him and his predecessor.

“They should not allow their internal crisis or differences to affect the people of Edo State.”