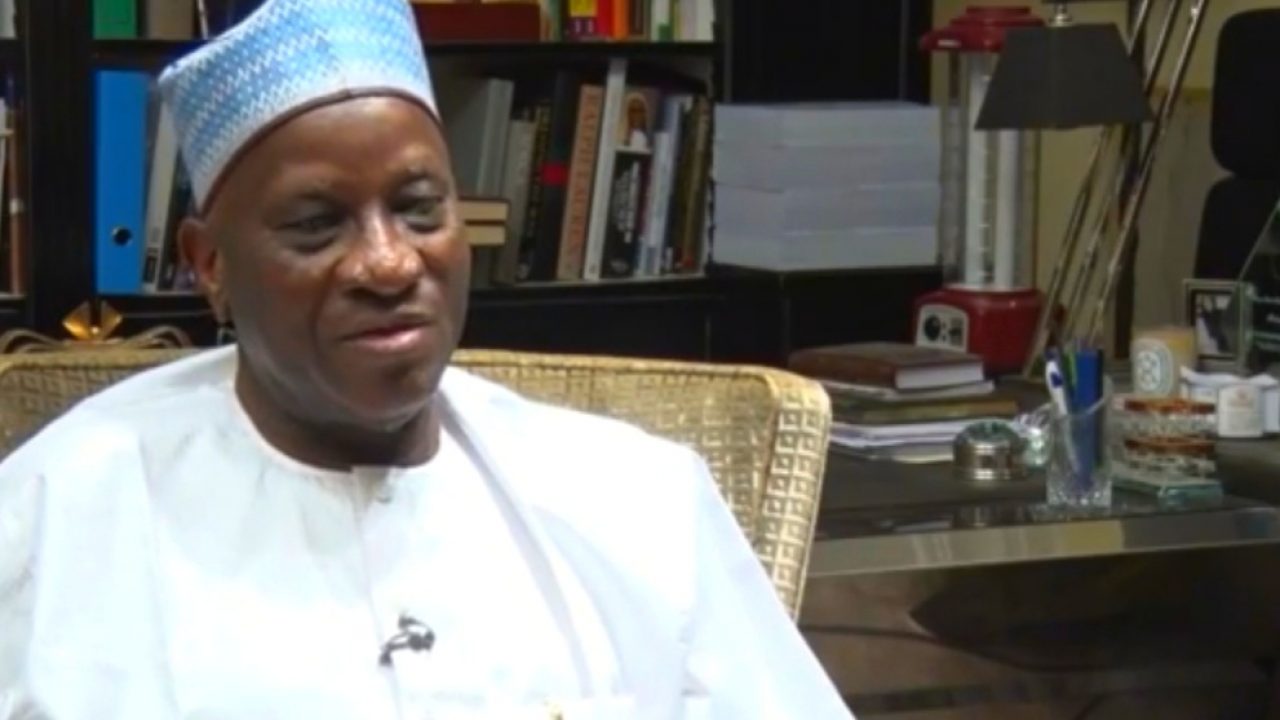 A report has emerged suggesting that a former Chief Justice of Nigeria (CJN), Alfa Belgore, provided one of the key legal arguments used by the Process and Industrial Developments (P&ID) Limited, an Irish engineering company, in securing the award of $9.6 billion (N3.2 trillion) against Nigeria.

According to the report which was sighted on PREMIUM TIMES by Naija News, a tribunal sitting in the United Kingdom (UK), accepted Belgore’s opinion in ruling that the British Virgin Island firm is entitled to $6.6billion in damages, plus interest, the report said.

Naija News understands that P&ID entered a 20-year gas and supply processing agreement (GSPA) with the federal government in 2010 to build a gas processing facility in Calabar.

However, P&ID said after spending years preparing for the project, it collapsed because the Nigerian government did not build a pipeline or secure supply of gas as stipulated in the agreement.

Apparently displeased with the development, the Irish engineering company then sought judicial remedy in 2012, and in 2017, it was awarded $6.6 billion in damages.

Delivering judgment on the matter, a British court gave P&ID the fiat to seize Nigerian assets worth $9 billion, following the non-execution of the ”agreement”.

The report said the former CJN who acted as a legal consultant to P&ID, analysed Nigeria’s laws, “exploited their shortcomings” and cited case laws for the benefit of the firm.

According to the report, some lawyers were quoted as saying the case presented a clear conflict of interest and that Belgore violated the constitution by choosing to offer his services to P&ID.

Naija News understands that section 5 of the fifth schedule of the 1999 constitution prohibits former presidents, vice presidents, chief justices of Nigeria, governors and deputy governors from working for foreign companies or enterprises.

The report quoted former CJN Belgore to have admitted in the written legal advice offered to P&ID, that he was working for a foreign company.

PREMIUM TIMES quoted the former CJN in its report, to have explained that he was providing the legal opinion for the benefit of Harcus Sinclair LLP, P&ID’s solicitors, which provided him with the preliminary objections, the memorandum of understanding between P&ID and the government, and a copy of the gas supply and processing agreement between the company and the Nigerian government.

Speaking further, the former CJN said he considered several legal texts, statutes and case reports as well as evidence to prepare the report which he admitted will be used in arbitration against Nigeria.

“I have been instructed on behalf of Process and Industrial Developments Limited (“P&ID”), a company incorporated in the territory of the Virgins Island (“BVI”), to prepare a statement addressed to the Arbitral tribunal in answer to the questions put to me by P&ID in connection with this arbitration,” Belgore was quoted to have written.

“This report has been prepared solely for the use of this arbitration.

“I understand that the report will be made available to the arbitral tribunal, the ministry of petroleum resources of the Federal Republic of Nigeria and their respective legal advisers and other witnesses or experts.”

“I have no conflict of interest in accepting this instruction. Although I have acted and still act as an adviser to the Government of the Federal Government of Nigeria on several issues I have neither advised nor do I have relevant confidential information relating to the Ministry of Petroleum Resources of the Federal Republic of Nigeria.

“I understand my duty to the Court and have complied and will continue to comply with my duty to the English Courts, the duties of an expert witness as set out in Part 35 and Practice Direction 35 of the Civil Procedure Rules.

“My experience and expertise is appropriate for the evidence required in this matter.”

According to the report, the former CJN was asked two questions after affirming that he was competent to give the legal advice and also stand as an expert witness.

“Whether or not the claimant failed to comply with the provision of section 54 of the Companies and Allied Matter Act, Cap C20 Laws of the Federation of Nigeria 2004 (“CAMA”), as alleged and if so whether the GSPA is void and /or affected by illegality, as a result.”

On the second question, the former CJN replied: “In my opinion there was no breach of section 54 of the companies and allied matters act because: (i) a separate Nigeria corporation was set up on 21 July 2006, in compliance with section 54; (ii) in an event, P&ID was not “carrying on business” by entering into the GSPA; and (iii) even of the execution of the GSPA had constituted “carrying on business” within the meaning of section 54, the ministry has waived its right to rely upon section 54 and/or is estopped from so relying.”

Nigeria’s Minister of Information, Lai Mohammed, described the agreement as dubious, saying the federal government is confident that it will be upturned.

Similarly, Attorney General of the Federation, Abubakar Malami, said the Economic and Financial Crimes Commission (EFCC) would prosecute all past government officials involved in the deal.