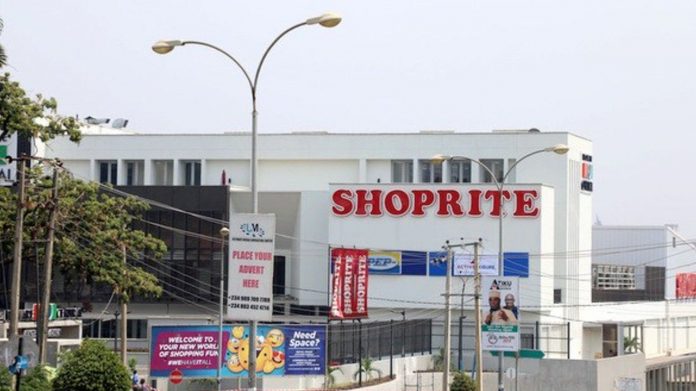 An outlet of Shoprite along Lekki-Epe expressway in Lagos State has been stormed by some angry Nigerians who are protesting the killing of innocent Nigerians in South Africa.

The youths were chanting violent songs during the attack.

Police officers, however, barricaded the zone, preventing the youths from breaking into the mall.

The President of the Nigeria Union South Africa (NUSA), Adetola Olubajo who confirmed the development to NAN said the attacks began on Sunday morning in Jeppestown area of Johannesburg when a building was set ablaze by an angry mob.

“The mob also looted several shops that were around the vicinity suspected to be owned by foreign nationals. But the Police later dispersed the mob and made some arrest.

“Late in the evening of Sunday, Sept. 1, a group of violent locals suspected to be Zulu hostel dwellers besieged Jules Street in Malvern, Johannesburg looted and burned shops/businesses,’’ he said in a statement made available to the News Agency of Nigeria (NAN) in Lagos.