The Peoples Democratic Party (PDP) National Organising Secretary, Colonel Austin Akobundu (rtd) has announced the appointment of a five-member electoral committee each for the September 3 governorship primaries in the two states.

Naija News learnt that the electoral committees for the two states will be headed by the Taraba State Governor, Mr. Darius Ishaku and his Adamawa counterpart, Hon. Ahmed Fintiri.

The party named other members of the Bayelsa State election committee for the Tuesday primary election to include Ude Okochukwu, Mohammed Ibrahim, Binta Pearl Ijeoma and Ajibola Munriana.

Besides, the NWC named the National Chairman of the party, Prince Uche Secondus as the chairman of the appeal committee expected to hear appeals on Thursday September 5.

PDP said the constitution of the three committees was in exercise of its powers under the electoral guidelines for the party’s primary elections. 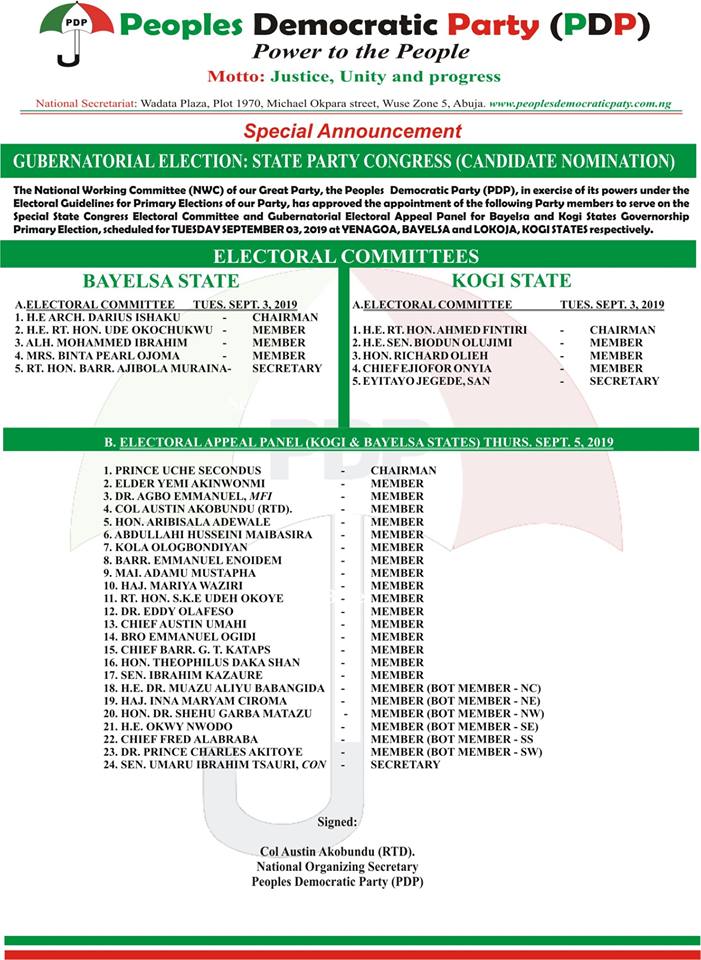