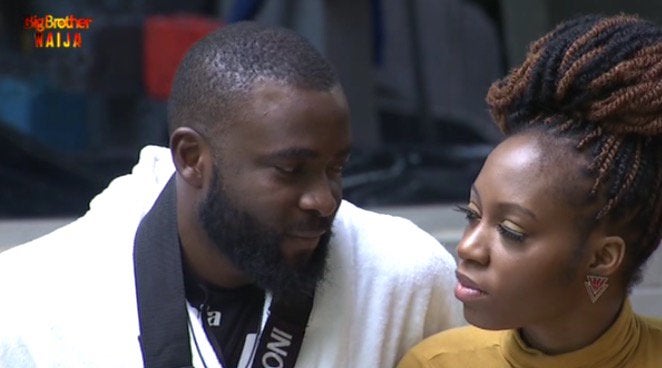 In recent times, Khafi and Gedoni have been spotted in romantic positions together in the 2019 Big Brother show as an indication of intimacy.

Khafi broke down into tears on Tuesday 16th July 2019 while speaking with Gedoni about her feelings towards him in the ongoing show.

She had earlier informed Ebuka Obi-Echedu, BBNaija host during the night of eviction on Sunday that “Gedoni has been distant for days.”

Due to Gedoni’s distance toward her, she was convinced that she is being used as a strategy meanwhile Gedoni encouraged her that there is nothing to worry about.