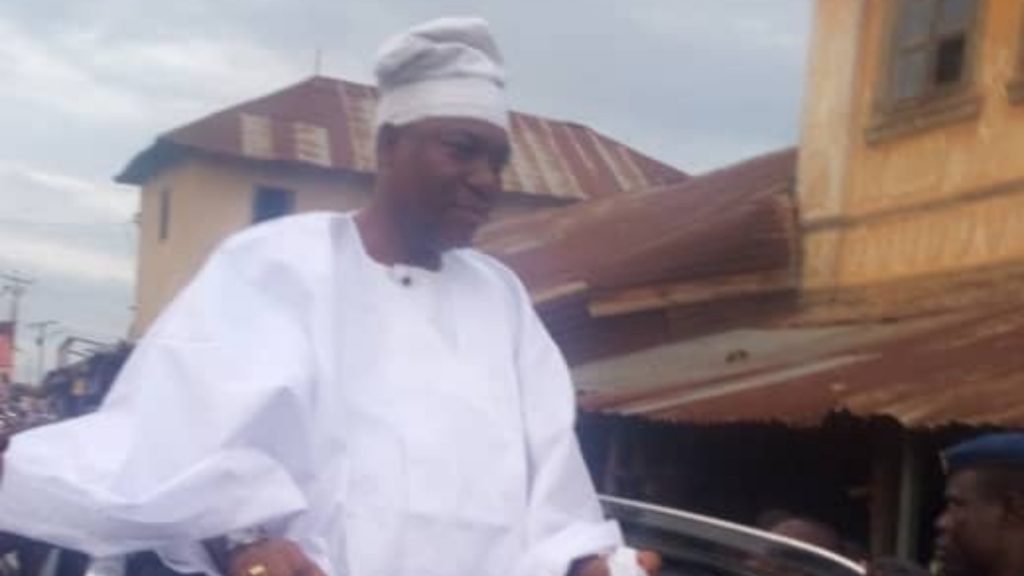 Prince Ajibade Gbadegesin Ogunoye has emerged as the new Olowo of Owo, a paramount ruler in Ondo state.

Naija News reports that Ogunoye emerged as the Olowo when he defeated 14 out of the total number of 15 princes who participated in the election at the palace; a development that saw him emerge as winner.

Eighteen (18) princes were reported to have shown interest in the stool of Owo but 15 princes, however, participated in the contest.

The votes were cast by the Senior Omo-Olowos (kingmakers).

Ogunoye Gbedegesin’s emergence as the Olowo-elect is coming four months after the demise of the late Oba Folagbade Olateru-Olagbegi who died in the early hours of April 17, 2019

The Olowo of Owo is the paramount Yoruba king of Owo, a city in Ondo State, southwestern Nigeria which was the capital of Yoruba city-state between 1400 and 1600 AD. Ojugbelu Arere, the first Olowo of Owo was the direct descendant of Oduduwa known as the father of the Yorubas.

Gbadegesin until his emergence as Olowo, was a civil servant from the Ogunoye ruling house. Until his election, the Oba-elect was Director of Finance and Administration, Government House, Akure, the Ondo state capital