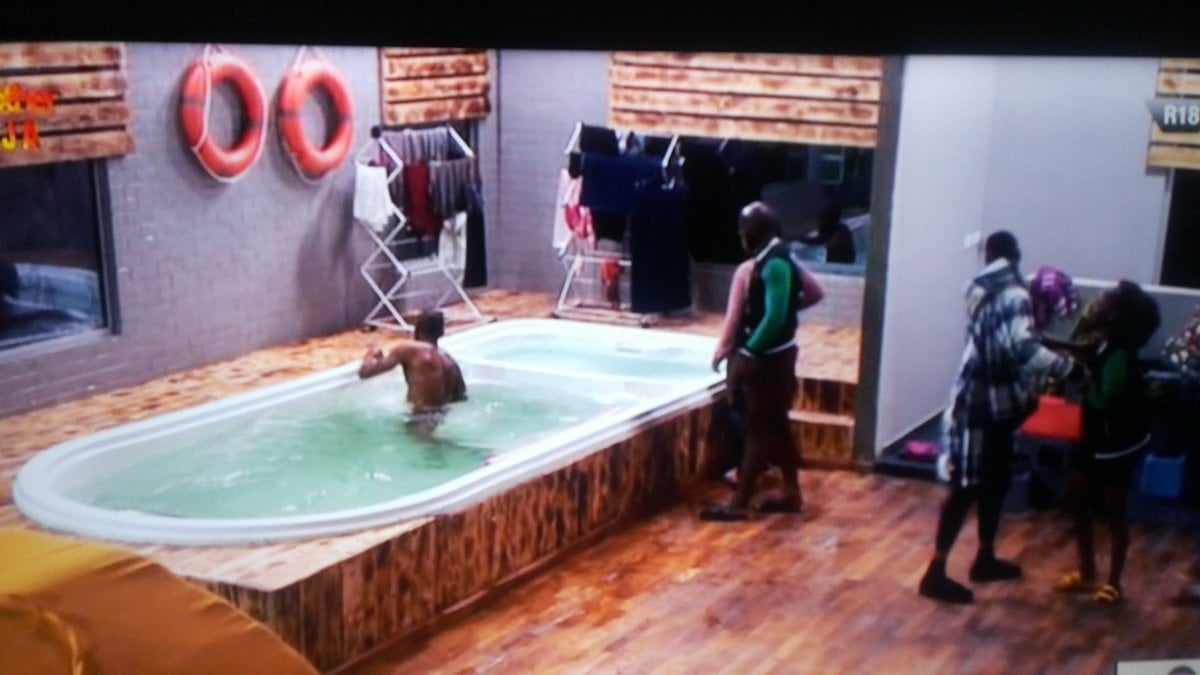 After the first shower hour of the ongoing Big Brother Naija 2019 reality television show tagged “Pepper Dem“, which held on Monday night, July 1, with more than 10 housemates in attendance, another shower hour has taken place in the house.

Naija News had reported earlier that BBNaija 2019 kicked off on Sunday, June 30 at exactly 7 pm with twenty-one housemates as contestants.

The “BBNaija Pepper Dem” second shower hour which took place at the Jacuzzi was boycotted by some housemates.

Housemates that participated in the shower hour include Tuoyo, Mercy, Frodd, Ike, Ella,  Mercy, Jeff, Kimophra, Seyi and Mike. This time around, the shower hour was a mixture of hot water.