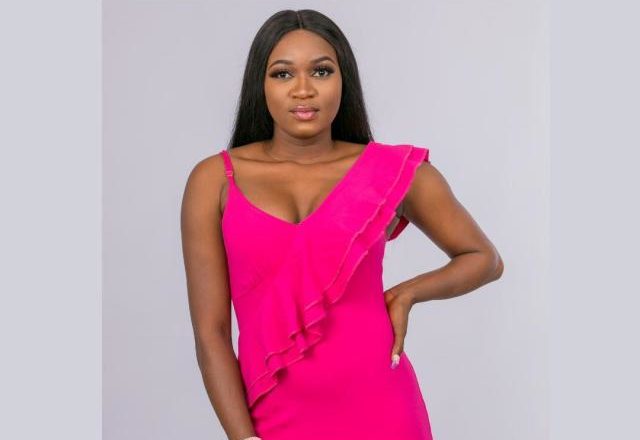 Thelma, one of the housemates at this years edition of Big Brother Naija has been seriously criticised over her accent in the reality show.

Thelma is said to have an ‘American accent’, but has been alleged to be an ingenuine accent and this has generated lots of reactions online from Nigerians.

They had wondered how Manchester-based Mike, London police officer, Khafi and Ike, who said this was his first time in Lagos, made the cut, while thousands of Nigerians flooded audition centres in February.

Viewers felt it was unfair to have people risk their lives to the audition and then pick Nigerians in the diaspora.

@Dfitnessbeaut1 “Thelma’s fake accent just
Dropped to igbocent. Did you hear that!

@Salakoko “Thelma Please your english teacher died before he could teach youqueens English so just be yourself.But for today I’ll talk to him.”

@Christo7548 “Thelma is half ghanian, half ivorian but she grew up in imo. No wonder her english is as confused as where she is from.”

@Zaddy_Nomso “Thelma has to be the first human to have the Canadian-Aba accent. Like Drake that eats Okpa every morning.“

@T_Chisom “I swear I’m tired of this Thelma matter.. I think I’d just keep her in the house to see the kinda accents she’d be giving us daily. I’ve not gotten over “I did it on perpose”

@Thepamilerin “Thelma is making me laugh, this her abroad English is wonderful.”