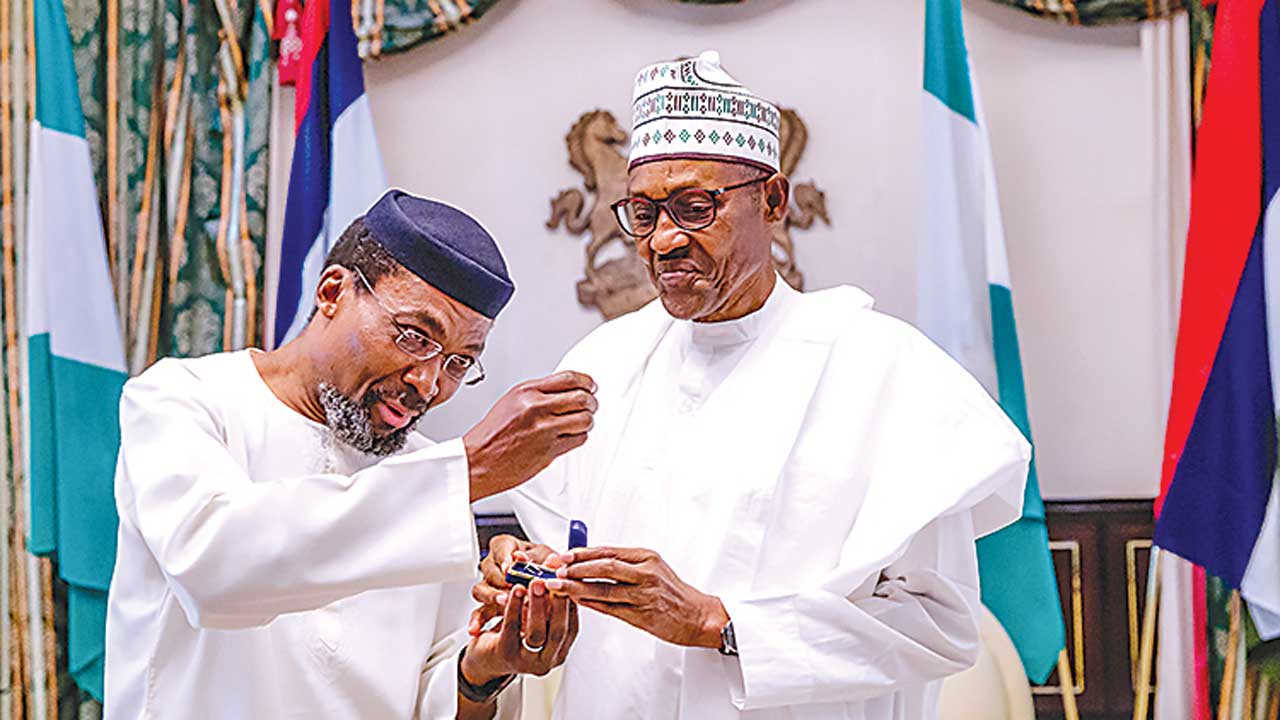 President Muhammadu Buhari has said that his government  will extend the fight against corruption and insecurity in Nigeria to the border areas of the country.

The president who spoke at the Munich Security Conference in Abuja also assured the International Criminal Court of (ICC) of Nigeria’s continued support to enable it to fulfill its mandate.

According to him, illegal outflows of resources within Nigeria and Africa have increased with a corresponding sophistication owing to the fast pace of technological advancement, which has also fuelled terrorism and proliferation of small arms and light weapons.

He said illicit flows compounds the menace of corruption and creates bottlenecks towards sustainable economic growth, adding: “This is why I will continue to take decisive action to fight corruption and confront insecurity, especially in the border areas.

“In addition, relevant agencies have been mandated to work towards strengthening regional and international partners to address these threats.”

He noted that the West African sub-region is a victim of a victim of illicit financial flows, human trafficking, arms and drugs trade,  among others with dire consequences on the wellbeing of the people and on national security,

“Here in the West African sub-region, we have taken important steps to address some of our security concerns through improved political governance as contained in the relevant regional mechanisms of ECOWAS, which I currently have the privilege of chairing.” He said

Buhari welcomed the hosting of the Munich conference in Abuja on the eve of the 55th Ordinary Session of the Authority of Heads of State and Government of ECOWAS.

Receiving the Nigerian-born President of the ICC, Chile Eboe-Osuji at the State House, Abuja, Buhari appealed to developed countries to take the ICC “more seriously to strengthen the rule of law and democracy,” adding: “The ICC provides a moral strength for victims to receive justice against internal and external injustice.”

A statement signed by Special Adviser on Media and Publicity, Femi Adesina, said the President also commended Eboe-Osuji for the achievements of the ICC under his presidency.

Earlier, Eboe-Osuji had congratulated Buhari on his re-election and successful inauguration for a second tenure, lauding his “strong and unambiguous statement in support of the rule of law” and for the Court and its principles during his visit to the headquarters of the ICC in The Hague, Netherlands, in July last year.

Recall that the ICC President, last year described President Buhari as one of the most highly ‘respected African statesmen of our time’

Eboe-Osuji appealed to the President to continue to support the ICC and to urge African leaders whose countries have not officially accepted the Rome Statute, which established the Court, to do the needful.