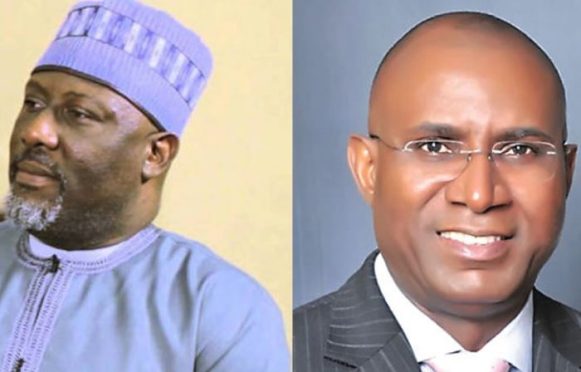 Naija News found out that the cartoon that was released by Melaye on his Instagram page showed a lawmaker standing with the Sergeants-at-Arm, holding a mace, as Omo-Agege approached smiling.

According to the cartoon by Melaye and Kogi state Presidential aspirant, the lawmaker on sighting Omo-Agege approaching said “O boy, hold that Mace with two hands ooo. I no trust this Omo Agege. Na tiff.”

The Sergeants-at-Arms then  replied: “Oga no worry, I don hold am well.”

Melaye captioned his post as thus; “When you work with a Mace thief.”

When you work with a Mace thief