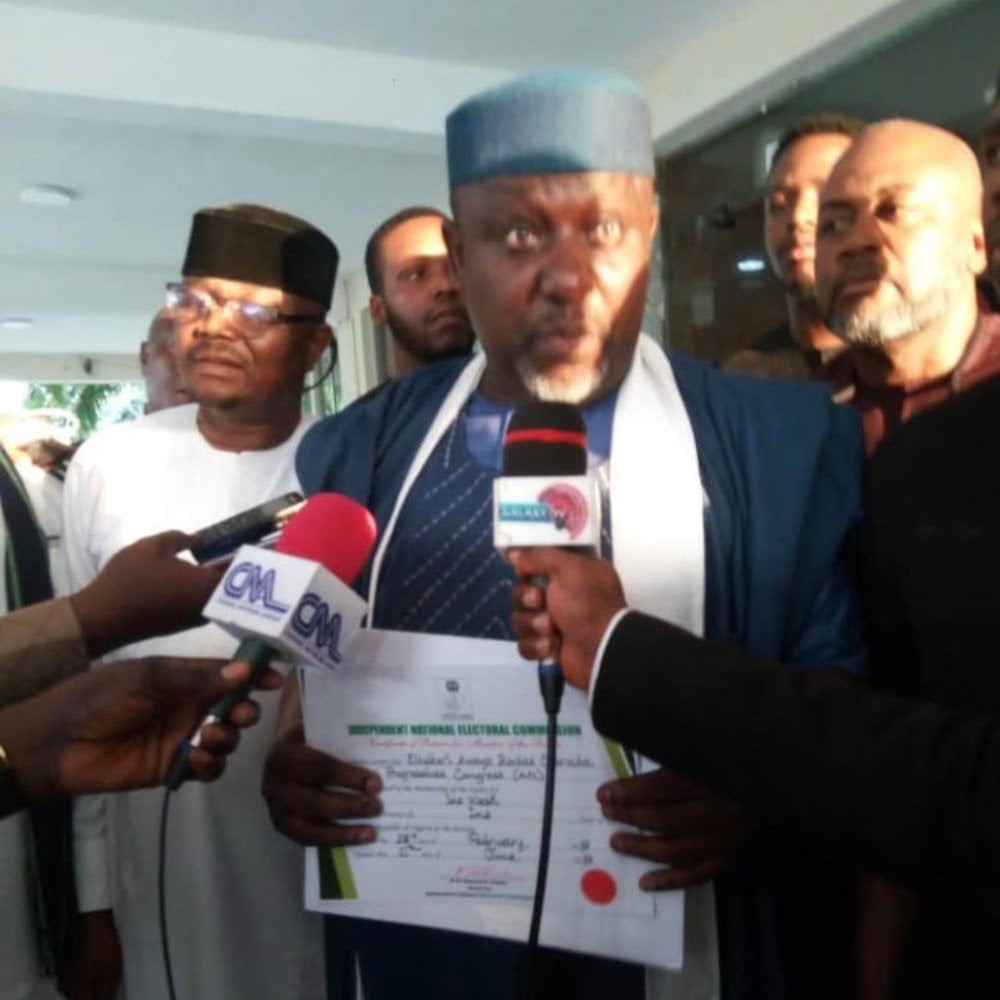 The Certificate of Return has been issued to ex-Governor of Imo State, Rochas Okorocha by the Independent National Electoral Commission (INEC).

This followed the decision of the board after its management meeting today.

On Friday, that Federal High Court in Abuja had ordered INEC to issue Certificate of Return to Okorocha as the duly elected Senator representing Orlu, Imo West Senatorial district, after the judge, Justice Okon Abang ruled that the decision to deprive Okorocha of the certificate was “lawless.”

According to Abang, only the returning officer of INEC had the constitutional authority to declare a winner.

He said anyone who was declared by the returning officer remains a winner until petitioners succeed in upturning the declaration at the election tribunal. 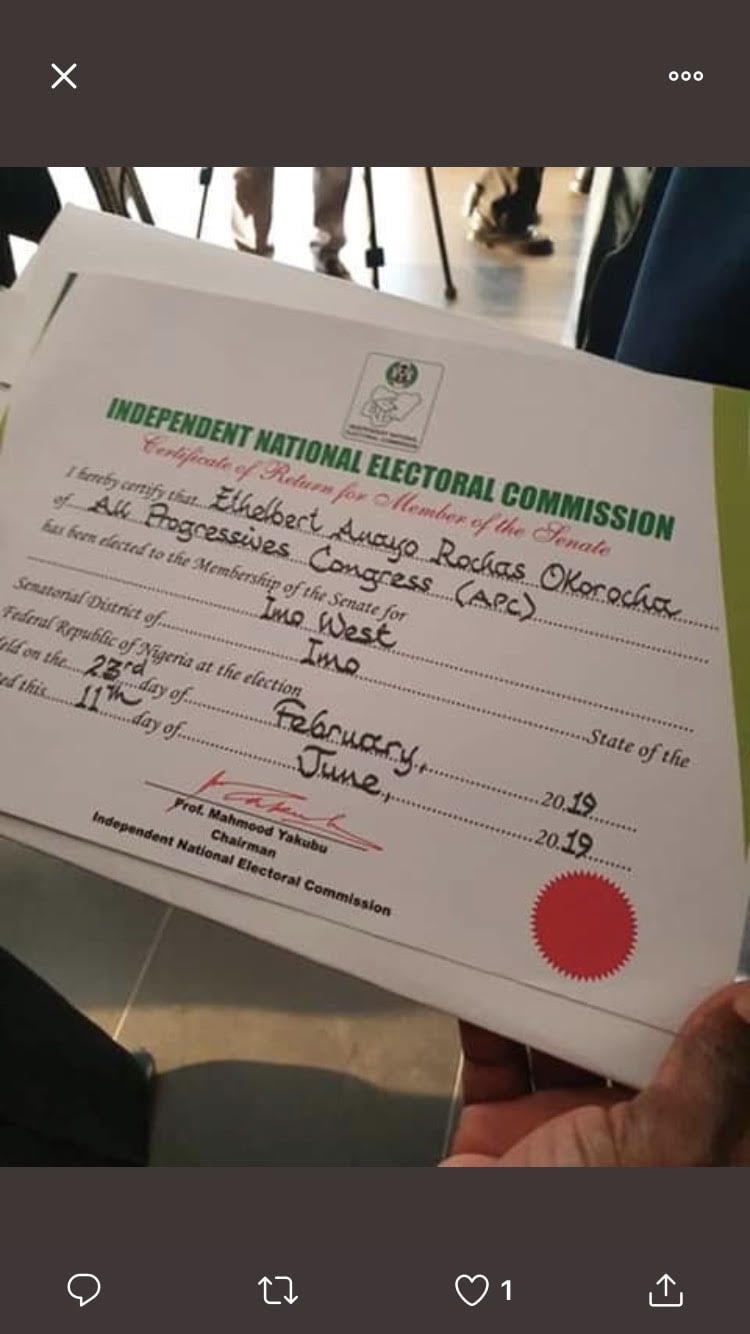