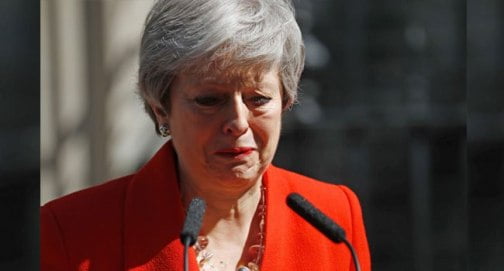 British Prime Minister, Theresa May on Friday stepped down as leader of her Conservative Party.

May’s action formally triggers the race for a successor who will try where she failed to deliver the Brexit movement.

May is expected to remain Prime Minister, until a new leader emerges, likely in late July as Brexit is still scheduled for October 31.

Recall that May took office after the 2016 referendum vote to leave the EU and has spent the past three years working on the plan.

Naija News recalls that May finally acknowledged defeat in a tearful resignation speech last month, the culmination of months of political turmoil that has slowly sapped all her authority.