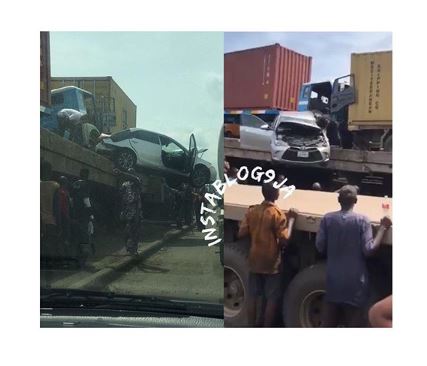 One person has been left unconscious as a container truck rammed into a car on the Ijora bridge in Lagos, Nigeria’s commercial city.

The victim of the crash was reported to be onboard when the truck crash the car the victim was onboard.

Naija News understands that about two persons were onboard the car at the time the crash happened.

However, road users were said to have immediately stormed the scene to render help to the victims. One of the victims was said to be unconscious.