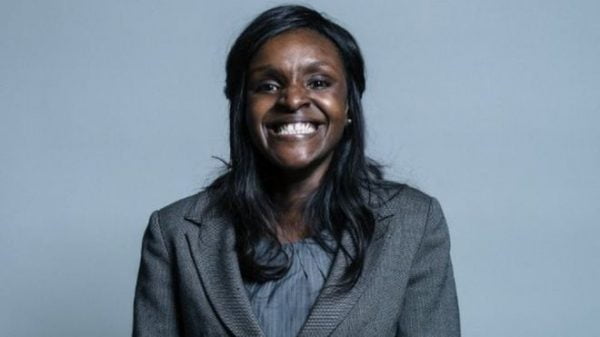 Disgraced Fiona Onasanya has become the first MP to be removed by a recall petition.

Ms Onasanya, 35, was jailed in January for lying about a speeding offence, UK parliament disclosed.

She was expelled by Labour after her conviction and had been representing Peterborough as an independent.

Peterborough City Council said 19,261 constituents had signed the petition. Ms Onasanya will be allowed to stand for re-election.

The council said the signatures represented 27.6% of eligible residents. The threshold required to remove Ms Onasanya was 10%.

He told MPs: “Fiona Onasanya is no longer the member for Peterborough and the seat is accordingly vacant.

“She can therefore no longer participate in any parliamentary proceedings as a member of parliament.”

Ms Onasanya, who was jailed for perverting the course of justice, has become the first MP to be removed by the recall process, introduced by David Cameron in 2015.

She was first elected to Parliament as a Labour MP with a slender majority of 607 in 2017.

BBC reports that a recall Petition is a process by which the electorate can remove an MP before the end of their term.